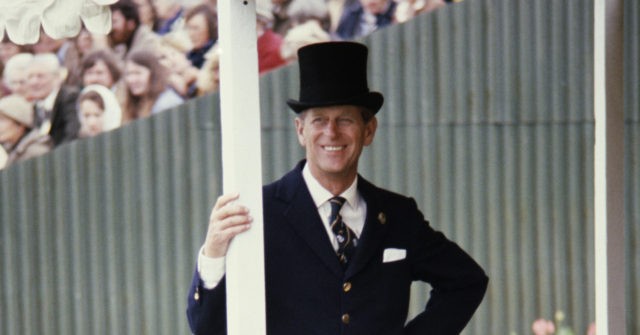 A number of woke verified Twitter accounts expressed delight, mockery, or derision in the minutes and hours after the announcement of the death of His Royal Highness Prince Philip, Duke of Edinburgh, on Friday.

The announcement of the death of Prince Philip was made on Twitter by the official account of the British Royal Family on Friday.

Just 17 minutes after the announcement, Toronto-based “Writer & Content Strategist” Karen Geier, who says she has written for The Guardian and Vice,  wrote of the beloved Duke’s passing: “Deeply saddened to hear it was peaceful. He deserved so much more (pain).”

deeply saddened to hear it was peaceful. He deserved so much more (pain)

British-Pakistani stand-up comedian Tez Ilyas, who hosts the programme The Tez O’Clock Show on UK broadcaster Channel 4, commented on the death of the Queen’s consort, saying: “After a tough life of scrutiny, Prince Philip can finally Racism in Peace.”

Don’t let #PrincePhilip’s past as a Nazi sympathizer get erased in today’s remembrances. #NeverAgain

Janus Rose, a senior editor for the website Motherboard, a division of Vice Media, wrote and later deleted a tweet saying: “Prince Philip is dead and DMX is alive, happy Friday everyone.” Rapper DMX died just hours after the tweet was posted.

Mari Brighe, an American writer and self-described “Feminist queer disabled transsexual writer person” who lists an appearance on Comedy Central’s The Daily Show to her credits on Twitter, criticised media headlines following the passing of the Duke, saying, “I can’t help but think the more appropriate headline is: To the relief of many, sentient corpse Prince Philip finally realizes he’s dead.”

Several verified Twitter users made claims of racism directed at the late Prince, such as US Weekly writer Carla Sosenko who went as far as calling Prince Philip a Nazi, saying: “Don’t let #PrincePhilip’s past as a Nazi sympathizer get erased in today’s remembrances. #NeverAgain”

I thought Prince Philip had died years ago by the looks of him, and that the royal family just carted him around to public events like Bernie in Weekend at Bernie's.

Prince Philip, a highly decorated veteran of the Second World War, fought the Axis powers, including Nazi Germany, as a member of the British Royal Navy and was involved in combat in the Mediterranean theatre. His mother, Princess Alice of Battenberg, had also sheltered a Jewish family during the war.

Allegations of racism were also made by Stockholm University professor Christian Christiensen, who said: “If media want to discuss the life of Prince Philip, then they must include things like his open racism. Otherwise, it’s just whitewashing. The role of journalism is not to do PR for those who lived a life of power, wealth, privilege. Doubly so if it was on taxpayer money.”

Prince Philip, another senseless, tragic and preventable death by autoerotic asphyxiation. When will we stop turning a blind eye to this epidemic??

Comic writer Matt Miner, a supporter of Black Lives Matter who has written for The New York Times, wrote: “I’m sad that Prince Phillip died… …before he could face real consequences for being a racist fuck.”

Journalist Anushay Hossain, who has appeared on CNN, claimed that Prince Philip “was the most racist of them all!”

really messed up that people are posting this pic of Prince Philip’s corpse pic.twitter.com/B1CKT5GNo2

The comments from many verified Twitter users were, however, dwarfed by the outpouring of tributes offered by political leaders and others from across the world who paid their respects to the legacy of His Royal Highness Prince Philip, Duke of Edinburgh.

On Friday, former U.S. President Donald J Trump released a statement, saying: “The world mourns the passing of Prince Philip, a man who embodied the noble soul and proud spirit of the United Kingdom and the Commonwealth.

“Melania and I send our deepest and most profound condolences to Her Majesty Queen Elizabeth II, and to the entire Royal Family.

“We send our most heartfelt sympathies to the British people. This is an irreplaceable loss for Great Britain, and for all who hold dear our civilization.”

‘A Great Man in Both War and Peace’: Tributes to Prince Philip https://t.co/ngBSzc83nM

Sanitation workers cleaned up 35 tons of garbage from homeless camp...