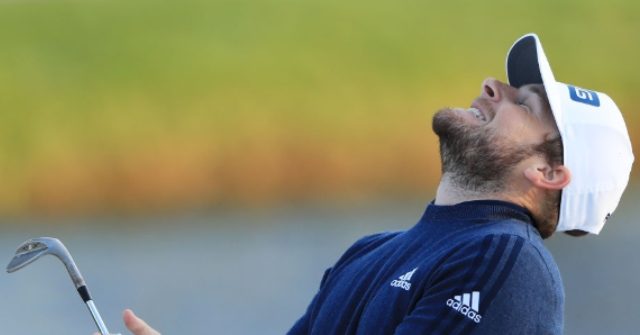 British pro golfer Tyrrell Hatton went on a tirade at the British Open on Friday, smashing his club and flipping the bird at fans at Royal St. George’s.

Hatton became upset during the second round to the point where he snapped one of his clubs in half after muffing a shot on the approach to the 18th green, the New York Post reported.

The 29-year-old Brit was 2-over par headed into the hole and needed a birdie to make the cut, which was 1-over at the time. Clearly, making the cut was weighing heavily on the player’s mind because he has missed it five times in his eight appearances at the tournament.

He was also seen flipping off a fan earlier in the game.

Not everyone is a fan of the Open fans this week. Tyrrell Hatton gives the finger to somebody in the gallery. pic.twitter.com/LsIN1dsx6F

Hatton has a history of being a volatile player.

In fact, Hatton is featured in a comedic video produced by the European Tour entitled, “European Tour Golfers In Anger Management Group Therapy.”