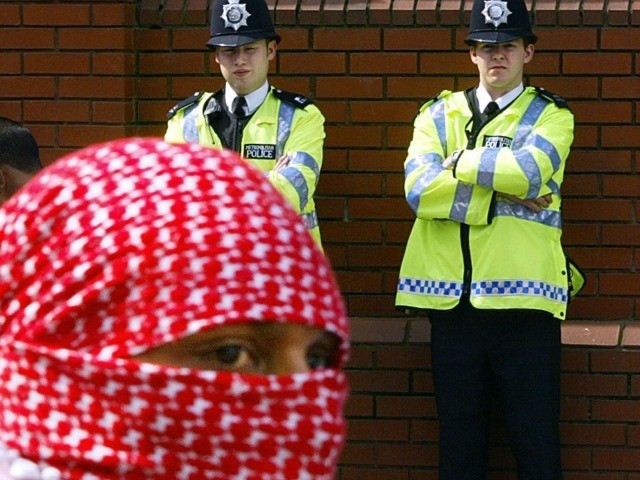 A group of masked and hooded men carrying a Palestinian flag smashed up a Muslim YouTuber’s home in Birmingham on Sunday for supposedly “disrespecting Palestine”.

Birmingham-based YouTuber Mufti Abu Layth claimed that people online had edited one of his videos to make it seem as if he was in favour of handing over the Al-Aqsa Mosque — one of the holiest sites in the Islamic tradition — to Israel.

Apparently angered by the doctored video, a group of men, all dressed in black hoodies and wearing masks over their face descended on Layth’s house on Sunday night. The gang smashed the doors and windows of the house while yelling “Free Palestine”.

One of the men is heard saying: “Yo, this is for that dirty dog Abu Layth, who disrespected our brothers and sisters in Palestine” as the others began throwing rocks through the windows of the house.

“Where the f*** is Abu Layth?” another is heard saying after they break down his door and barge into the house.

In the early hours of Monday morning, Layth wrote on his Facebook page that “some masked-up thugs” broke into his house, “rummaged the place,” and terrorised his family. He said that his family was unharmed but that his daughter was “traumatised”.

Apparently, unbeknownst to the thuggish vandals, Mr Layth — who describes himself as a Muslim theologian on his YouTube channel — is actually a fervent supporter of Palestine, writing in a post on his Facebook page: “I’ve always been Pro Palestine. Every Muslim is.”

“In all my videos I’ve always called Israel a terrorist oppressive state which unfortunately is too powerful,” he added.

He went on to say that “anyone spreading misinformation about me and supporting this attack of recent is no different in their approach to the Zionists themselves.”

Just hours before the attack, Layth had posted a warning on Facebook, claiming that the doctored video was being circulated and that it was not in fact his position.

“This is a consequence of hate-mongering and people sharing cut & paste videos of me” he wrote following the attack, adding: “There’s consequences to creating hate”.

The attack in Birmingham came on the same day that four men were arrested in London after footage emerged online which showed a pro-Palestine motorcade driving through London screaming anti-Semitic diatribes, including “f*** the Jews” and “rape their daughters”.

The demonstration devolved into chaotic clashes with the police, with activists hurling makeshift missiles at the cops and beating them with wooden sticks.

Netanyahu out and Bennet in as Israeli PM

Netanyahu out and Bennet in as Israeli PM