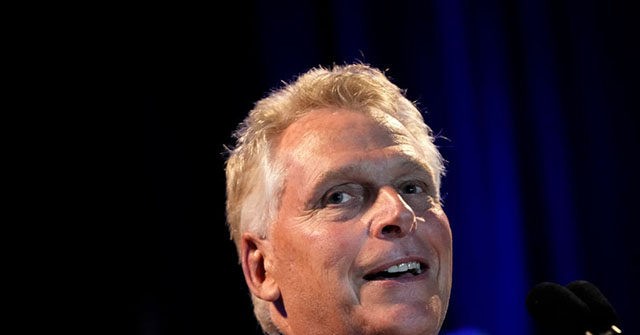 A Washington Post correction this month revealed former Virginia Gov. Terry McAuliffe (D), who is running for governor again, retains a “minimal investment” in the Carlyle Group after he recently attacked his opponent, Republican Glenn Youngkin, for being associated with Carlyle.

The Post article zeroed in on the gubernatorial candidates’ most recent financial disclosures and highlighted that the two wealthy former businessmen each have several millions of dollars’ worth of assets, but the outlet issued a small Friday evening correction on July 2 that caught the attention of Youngkin’s campaign.

“A previous version of this article incorrectly reported that Virginia Democratic gubernatorial candidate Terry McAuliffe had once owned shares of Carlyle stock,” the correction read. “McAuliffe maintains a minimal investment in a Carlyle Group private equity fund. This article has been corrected.”

Far too often, mobile home owners are victims of predatory schemes by private equity giants like Youngkin’s Carlyle Group. Glenn’s company was responsible for raising the rent in mobile home communities like this one. My plan will protect Virginians from this predatory practice.

McAuliffe, that same day, took a second shot at Youngkin, writing, “We’ve got to protect communities like these from the predatory practices of private equity groups like Youngkin’s Carlyle”:

Great roundtable at the East End Mobile Home Park here in Manassas. We’ve got to protect communities like these from the predatory practices of private equity groups like Youngkin’s Carlyle. I’ve got a plan to stand up for homeowners and bring down housing costs across Virginia. pic.twitter.com/ICUR8yz5PN

McAuliffe himself invested a minimum of $690,000 in Carlyle between 2007 and 2016, the Associated Press detailed, adding that his actual investment amount was “likely much higher” because financial disclosure requirements typically only ask for a wide range of an amount and do not always cap the range.

The Virginia Democrat did not immediately respond to Breitbart News for comment, but his spokesperson said in a statement to the Associated Press that McAuliffe is a “passive investor with no role in crafting the deals” at Carlyle.

Youngkin’s campaign was quick to take note of the Post’s Carlyle investment update and lambasted McAuliffe for duplicitous rhetoric.

“Terry McAuliffe is a dishonest, stale politician who talks out of both sides of his mouth,” Youngkin spokesperson Macaulay Porter said in a statement. “McAuliffe’s bogus attacks ring hollow because he is still an investor in The Carlyle Group and has invested millions of dollars in private equity companies. All McAuliffe can do is talk because he had a chance to do these things as governor, and he failed.”

Youngkin, who markets himself as a political outsider estimated by the Post to have upwards of a $400 million net worth, disclosed owning between $15 million and $40 million in investments on his financial statement, a range that more than doubles that of McAuliffe’s investment range.

McAuliffe, a longtime Clinton ally and former Democratic National Committee chair, is nevertheless having no issues raking in millions in campaign fundraising, reporting raising through May 27, 2021, about $7 million to Youngkin’s $15 million, with $12 million of Youngkin’s funds coming from a self-provided loan.

McAuliffe also made headlines this past weekend after operatives caught up with the Virginia Democrat in the airport returning home from a weekend on Nantucket island, according to a video from the conservative research group Virginia Rising:

The operatives confronted McAuliffe about welcoming an endorsement from current Gov. Ralph Northam (D) after calling on Northam to resign in 2019 over his blackface scandal, but McAuliffe did not respond to their question.