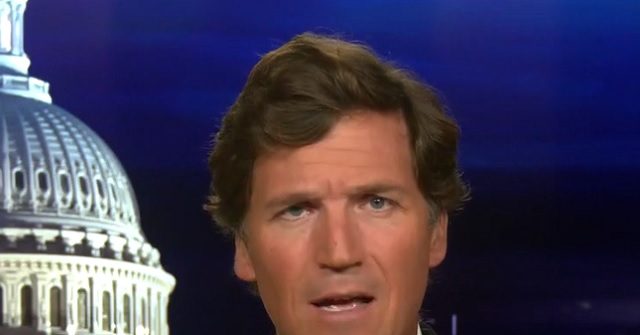 “I’m not mad at anyone at Fox,” he retorted to CNN when the network reached out for comment.

“If I was, I’d say so. I’m mad at you for lying relentlessly,” Carlson said. “What a loathsome person you are. Please print that.”

CNN reported “sources” at Fox News said Carlson was “furious” with management for “not backing him up” on the claims the NSA is spying on the host. “Tensions are sky high,” the alleged person purportedly told CNN.

“Another source pointed out that Carlson has ‘always had tension with’ management, but said right now he’s ‘extra pissed,'” CNN continued.

CNN drumming up conflict comes after Tucker Carlson wrote that “Late this spring, I contacted a couple of people I thought could help us get an interview with Russian President Vladimir Putin. I told nobody I was doing this other than my executive producer, Justin Wells.”

I wasn’t embarrassed about trying to interview Putin. He’s obviously newsworthy. I’m an American citizen, I can interview anyone I want, and I plan to. But still, in this case, I decided to keep it quiet. I figured that any kind of publicity would rattle the Russians and make the interview less likely to happen. But the Biden administration found out anyway by reading my emails.

The NSA issued a rare statement June 29 that said Carlson “has never been an intelligence target of the agency,” but did not explicitly dismiss the claims Carlson was spied on.

A statement from NSA regarding recent allegations: pic.twitter.com/vduE6l6YWg

“Now, there is a public report that NSA read the emails of Fox News host Tucker Carlson. Although NSA publicly denied targeting Carlson, I have serious questions regarding this matter that must be answered,” McCarthy’s press release explained.

Dad, two daughters and niece were not wearing seat belts in...

Dad, two daughters and niece were not wearing seat belts in...