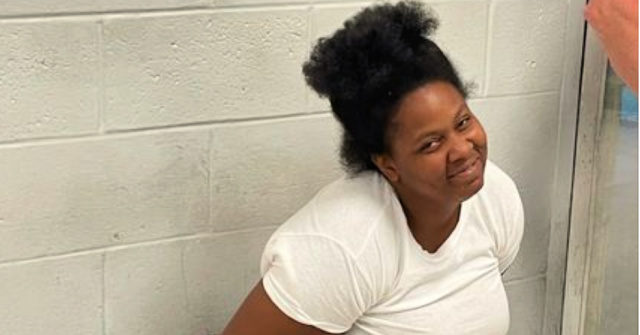 An Oklahoma woman is in jail after commenting on a police department’s Facebook page about warrants regarding her arrest.

Authorities wrote Wednesday that Lorraine Graves was wanted in connection with the murder of Eric Graves, who was shot and killed at the St. Thomas Square Apartments this year.

“Detectives arrested Jayden Hopson and Gabriel Hopson for the murder, but they were still searching for Lorraine Graves, who was charged with accessory to murder,” the outlet said.

“On 7/15/21 around 4:30 p.m., detectives with our Fugitive Warrants unit arrested Graves in north Tulsa near 36th St. N. and Garrison Ave. Graves is charged with Accessory to Murder. Her bond is set at $500,000,” the department said in a post on Friday.

🚨Weekly Most Wanted arrested after commenting on our post about her🚨On Wednesday, we posted Lorraine Graves as the…

The department also emphasized, “This is an arrest, not a conviction.”

Police noted in the initial post about Graves that detectives said she was “involved in the city’s 10th homicide of 2021 where Eric Graves was shot and killed at the St. Thomas Square Apartments” and asked citizens with information about her to contact the Tulsa Crime Stoppers:

According to KBTX, Graves remains in the Tulsa County Jail and if she is convicted, may face a sentence of up to 45 years in prison.

Meanwhile, Fox 23 reported in June Tulsa Police were investigating a spike in shooting calls that occurred within a short time span.

However, “When it comes to gun crimes, not just homicides, we have a 97 percent solve rate on things like this,” TPD Officer Danny Bean said at the time.

“If you’re going to go out there and commit a crime with a gun in Tulsa where you shoot someone, there is only a small three percent chance we will not catch you,” he added.