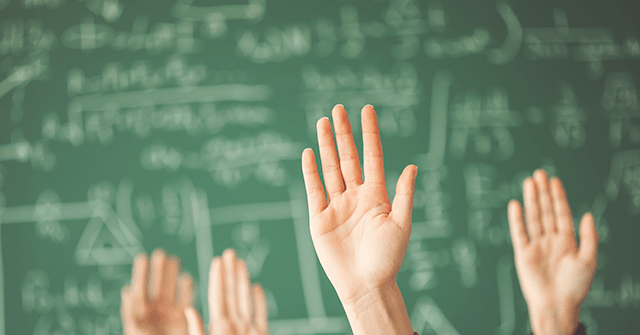 States are making school choice legislation a priority at a time when teachers’ unions have blocked the safe reopening of schools for in-person learning and, backed by the Biden administration, have embraced Critical Race Theory indoctrination for K-12 students.

Far-Left teachers unions are prepared to ram Critical Race Theory propaganda into the minds of students while targeting those who oppose it. https://t.co/SaUv9YFed7

“It is difficult to understate just how huge a year school choice has had in state legislatures across the nation,” Mike McShane, director of national research at EdChoice, noted at Forbes Monday.

School choice legislation has been included just within the last several weeks in the budgets of four states, a fact that is not surprising given its popularity among American parents and families.

A RealClear Opinion Research Poll published in April found 71 percent of voters support school choice, an outcome the American Federation for Children (AFC) says represents “the highest level of support ever recorded from major AFC national polling with a sample size above 800 voters.”

When race and ethnicity were considered as factors, voters of all cultural backgrounds overwhelmingly supported school choice.

The poll also found 65 percent support “parents having access to a portion of per-pupil funding to use for home, virtual, or private education if public schools don’t reopen full-time for in-person classes,” AFC noted.

“The need for education freedom is at an all-time high and it’s reaffirming to see many state policymakers stepping up and supporting school choice across the country,” said John Schilling, AFC president.

He also observed 32 states “have introduced 36 bills to create or expand educational choice and we urge policymakers in these states to get these bills over the finish line on behalf of families and students.”

When we divert public funds to private schools, we undermine the entire public education system. We've got to prioritize investing in our public schools, so every kid in America gets a fair shot. That's why I oppose vouchers. #Espinoza

thank you for the accidental endorsement of school choice President Biden https://t.co/maOtgofLb9

Teachers’ unions’ vehement opposition to safe in-classroom instruction has “done more to advance school choice in the past year than could have ever been imagined,” Corey DeAngelis, national director of research at AFC, wrote at National Review in February.

The National Conference of State Legislatures hosts an interactive guide to school choice laws that allows visitors to the site to learn about which education options are now available in their states.

At the end of June, for example, Pennsylvania Democrat Gov. Tom Wolf signed his Republican legislature’s budget bill that boosted an education tax credit scholarship program with an additional $40 million.

Pennsylvania Senate Education Committee Chairman Scott Martin (R) had hoped for an even bigger boost for school choice, but noted the EITC increase for the current budget was “one of the largest in the history of the program.”

The allocation, Martin said, “shows that the commonwealth is placing the focus on children, not on any one educational model.”

“EITC is important because as I have said many times, we need an education system that allows parents to put their children in the kind of environment that suits their needs and helps boost student achievement,” he said.

West Virginia saw an interesting twist of events this year, as the Federalist noted.

While in March 2018, a week-long teachers’ strike in the state helped launch the radical #RedforEd movement after it won the union a five percent raise, in March of 2021, West Virginia became the state to have advanced the most expansive education savings account (ESA) program in the nation.

Gov. Jim Justice (R) signed a bill that created the Hope Scholarship Program, to become effective July 1, 2022. The program allows families who withdraw their children from public schools to receive about $4,600 per student, per year for private and homeschooling expenses, reported the Charleston Gazette-Mail.

Families with very young children may also receive the funds even if they never intend to have their children register for public schools.

New Hampshire Gov. Chris Sununu (R) signed a budget bill into law two weeks ago that authorizes the state to establish education freedom accounts to provide funding for families who choose private, parochial, and charter schools, as well as homeschooling, over public schools.

The Sununu administration expects the new law to save the state between $360 to $393 million over the next decade, the Center Square reported, noting that data released by the Josiah Bartlett Center for Public Policy in March found that allowing funding to follow the children to the education setting of choice would cost 25 percent less than for traditional public schools alone.

The National Educators Association of New Hampshire is mulling a lawsuit to block the school choice law.

“Taking funds away from certified, qualified and financially transparent public schools and teachers to hand them over to unaccountable and untraceable private schools not only make our jobs harder, it is also fiscally irresponsible,” the organization’s president Megan Tuttle said in a statement.

Meanwhile, the union also backs teaching the concepts of Critical Race Theory, which it refers to as “honest history,” and has condemned another provision of the budget law that bans the teaching of “inherent racism.”

We are seeking to ensure students learn the complete and honest history of our country. That includes teaching about the greatness of our country, as well as the moments when as a nation failed to include all Americans in We the People.https://t.co/aZv4FFO5FK #nhpolitics

#CriticalRaceTheory is not taught in K-12 schools. The right’s culture warriors are labeling any discussion of race, racism or discrimination as such to try to make it toxic. They’re bullying teachers to try and keep them from teaching the truth.  https://t.co/Plz2inkLke

Ohio Gov. Mike DeWine (R) also signed into law school choice legislation provisions in the state’s budget bill that raised the value of scholarship programs to $5,500 per student in grades K-8 and $7,500 per high school student.

Additional increases were provided to scholarship programs based on income and to those focused on special needs students.

McShane noted DeWine also signed into law “a new tax-credit scholarship program open to all students in the state”:

Individuals who donate to organizations that grant scholarships to K-12 students can get a 100 percent credit against their state tax liability up to $750 per person. Legislators also created a new microgrant program for low-income families (who will receive $500 to use for educational expenses) a $250 personal-use tax credit for families to offset homeschooling expenses, and a $500 to $1,000 personal-use tax credit for private school families to help recoup some of their costs. Taken together, this makes Ohio home to one of the most diverse sets of school choice policies in the nation.

In a summary of the bounty of school choice legislation that has passed in the states this year, McShane added:

“It was finally made clear to a critical mass of legislators that families need options, and the one-size-fits-all nature of the contemporary public education system is not fit for purpose in an uncertain and changing world,” McShane observed. “Funding a more diverse and decentralized system means creating a more resilient system and a system better tuned to the needs of the people it serves.”