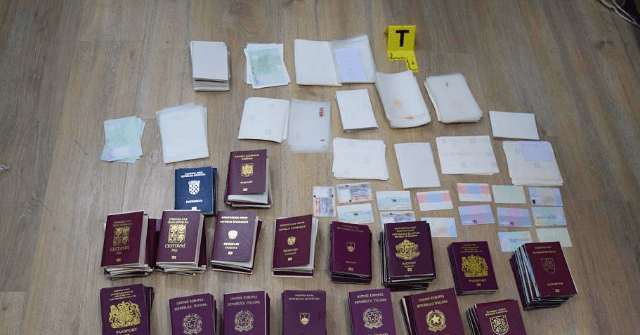 Spain has arrested 18 people in a strike against a criminal network smuggling hundreds of Albanian illegal migrants into the United Kingdom and the United States.

The 18 suspects, arrested in the Catalan port city of Tarragona, are believed to have facilitated the illegal migration of around 400 Albanians into Britain and America, according to schengenvisainfo news.

The European Union Agency for Law Enforcement Cooperation (Europol), a supranational law enforcement body in the style of INTERPOL, has claimed credit for organising the operation led by the Spanish National Police, in cooperation with the Albanian State Police and other law enforcement in Austria, France, Italy, Portugal, the United Kingdom, the United States, and the Serbian breakaway territory of Kosovo, which is home to a large ethnic Albanian population.

Action against document fraud and migrant smuggling: eighteen arrested in Spain in a latest sting. The investigation into this criminal network operating overseas resulted in a total of 46 arrests so far.
Read more: https://t.co/QttwKBiDR9 pic.twitter.com/SwQjY11syh

In an official statement, Europol further explained that the Tarragona bust stemmed from an investigation into “the growing use of specific types of falsified documents by Western Balkan immigrants” which has been ongoing since 2019.

“Previous phases of the investigation led to the dismantling of a group of criminals identified on the Caribbean island of Saint Maarten who smuggled Albanian immigrants with falsified documents to the United States,” the European Union agency reported.

“Couriers travelling to Kosovo and Albania to distribute the falsified documents were also arrested in December 2020. Four print shops for forged documents in Kosovo were dismantled in March 2021. So far, the investigation has led to 46 arrests, more than 400 migrants identified at airports and 1,000 false documents seized.”

Europol said that, ultimately, “the investigation targeted a criminal network based in the United Kingdom and Ireland, which managed the flights and the reception of the migrants into those countries,” with information provided by the U.S. Department of Homeland Security, Homeland Security Investigations (HSI) leading to “the identification of a high-value target in Spain.”

Three connected criminal investigations are said to be ongoing in the United States.

Albanian illegal migrant Elton Stefa has been handed a “life” sentence for “brutally” murdering a father-of-two with a Stanley knife and a metal scaffolding pole https://t.co/8LcaOfMoc4