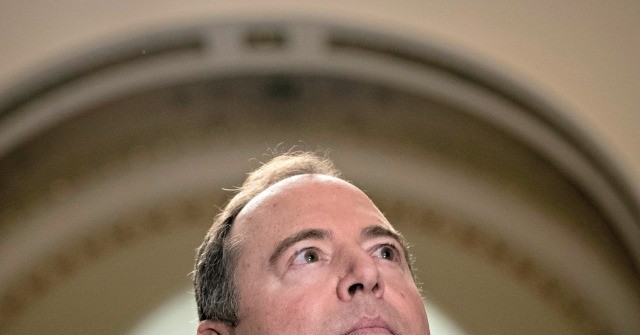 Representative Adam Schiff (D-CA), chairman of the House Intelligence Committee, said Friday on MSNBC’s “MTP Daily” that the Select Committee investigating the 1/6 Capitol riot is hoping some defendants being prosecuted by the Department of Justice will testify against Republican members of Congress and former President Donald Trump.

Anchor Kasie Hunt said, “You’re chairman of the Select Committee, Bennie Thompson, has said publicly that there’s supposed to be a meeting between Select Committee Democrats and the Department of Justice to see how willing they are to cooperate with your investigation. Has that meeting happened yet?”

Schiff said, “Well, our Chairman, Bennie Thompson, wants to make sure that we are coordinating with the Justice Department and has made outreach to the department. As a committee, we have not yet met with the Justice Department. I’m not sure whether our chairman has any discussions of his own. But as we have in other investigations, we want to make sure that we’re working collaboratively with the department, that nothing we do, for example, interferes with their investigation and prosecution of suspects. at the same time, they possess information that will be of great value to us, so we need to have an open line of communication.”

Hunt said, “What’s your sense of what the most important piece of evidence that the DOJ may have to your investigation? Is it the call logs of the former president?”

Schiff said, “Well, the department is obviously investigating and prosecuting these individual cases. They may get some of these folks to cooperate. If you have a cooperating witness, for example, who is within one of these white nationalist groups, the Oath Keepers or the Proud Boys or whatnot, and they can describe the preparations that went into January 6th with coordination, among the groups there may have been, and as well as whether there was information or coordination with any members of Congress, with the administration. Obviously, that would be of deep importance. So we’ll be very interested in potentially cooperating witnesses. This, you know, was an issue in the Russia investigation when there were people cooperating with Bob Mueller that we would have loved to have had cooperate with the committee. So, I would hope that we can work more constructively with the Justice Department now than we could frankly during the last administration.”