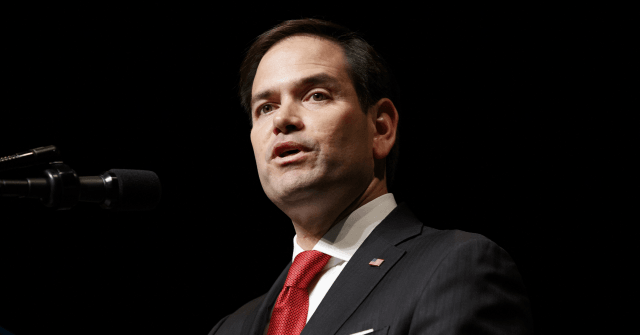 On Monday’s broadcast of the Fox News Channel’s “Hannity,” Sen. Marco Rubio (R-FL) said that the United States needs to be clear that former President Donald Trump’s Cuba policies will remain in place, make it a priority to provide Internet access to the people of Cuba, make it clear to the Castro regime that threatening or encouraging a mass migration to the U.S will be treated as “an act of hostility against the United States and we will act accordingly.” And identify individuals responsible for oppressing the Cuban people.

Rubio stated, “Well, first of all, make it very clear whose side we’re on here, okay, and why they’re doing this. People are in the street because they want liberty from Marxism and we’re with them. Number two, make abundantly clear to the regime in Cuba that the Trump policies aren’t going to change. Because that’s what they’re hoping’s going to come out of this. … Number three, make it the top priority of the U.S. government to provide Internet access using satellite technology or whatever we can get our hands on so that the people of Cuba can speak to each other and show the world what’s happening inside of Cuba. And the fourth thing that I would do is I would make it abundantly clear to the Castro regime that if you guys threaten us with a mass migration or if you encourage a mass migration, like Mariel, like the rafter crisis of ’94, that is an act of hostility against the United States and we will act accordingly. Those four things have to come across.”

He later added that the United States needs to identify those in Cuba who are oppressing the citizenry so they can’t claim asylum in the U.S. later and will face justice.