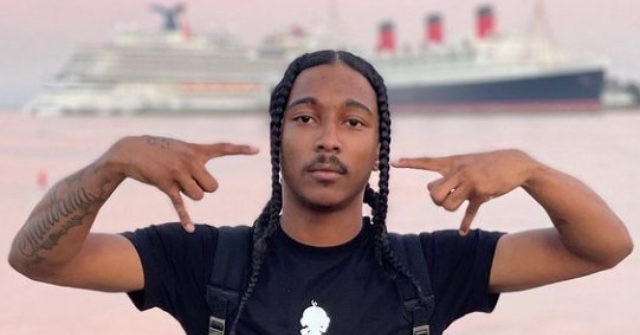 A graphic video of the moment Atlanta rapper Indian Red Boy was shot to death sitting in his car in L.A. is going viral this week.

The rapper, whose real name is Zerail Dijon Rivera, was sitting in a car outside his store, Marathon Clothing, in South Central L.A. at about four in the afternoon. While he spoke to a friend live on Instagram, a still unknown individual walked up to the car and opened fire.

As the 21-year-old rapper spoke to his friend in the video, up to ten shots suddenly rang out. Red Boy was hit by at least a few of the bullets sent his way and he ducked out of camera shot. But a second later he raised his head showing severe distress and blood.

Red Boy is seen attempting to say “get help.” He could get the words out clearly, though, as he gasped for breath. A second later he pitched to his car seat, knocking the phone down at the same time.

The word among rappers is that Red Boy was targeted because he had defaced fellow rapper Nipsey Hussle’s mural in South Los Angeles in May.