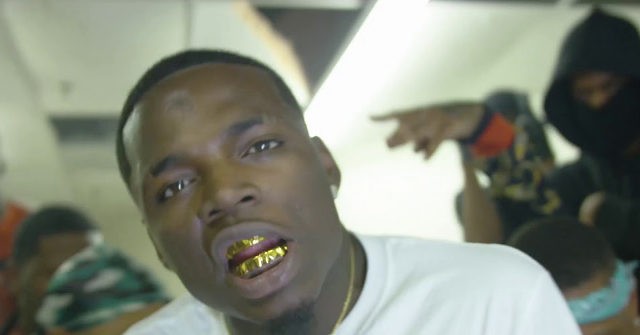 Memphis-based rapper Big Boogie was among 24 people arrested in Mississippi over a highway shooting incident that left one man hospitalized.

The shooting occurred on highway 55 just south of the Tennessee border, near Coldwater, Mississippi, at around one p.m. on Thursday, according to the Daily Mail.

Police officials corralled a caravan of automobiles and arrested 21 people on various charges, including gun, drug, and traffic violation charges. The “Murder 4 Me” rapper, whose real name is John Lotts, was one of 21 arrested on the roadway. Four cars were impounded, and three other people were arrested at another location.

A police report says that the man wounded was riding with a felon in his car and had a large amount of cash, a gun, and “felony amounts of narcotics” in his vehicle.

Most of the people in the caravan were reportedly part of the rapper’s “posse,” and were headed to a BlackSpringBreak event in Biloxi, Mississippi, where Big Boogie was set to perform.

Big Boogie was linked to another shooting last July when two people were fatally shot at his concert on Como, Mississippi. Two men were arrested and charged in the shooting.

One of the men, Sheldon Gibbs, had six warrants out for his arrest, two for first-degree murder, and four for aggravated assault.