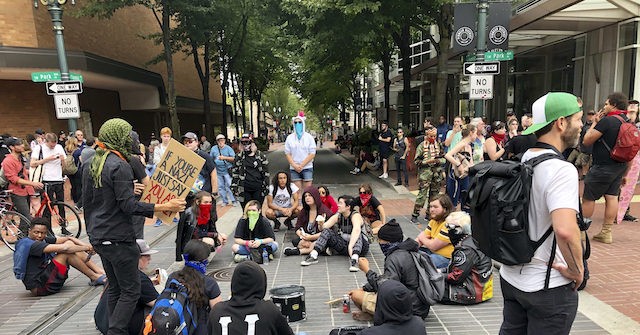 KGW reports there will be “two dozen” such patrols, working a schedule that ensures someone is working “around-the-clock.”

The money for the “unarmed” patrols is part of a larger $6 million plan intended to fight gun violence in the city. The largest portion of the money–$4.1 million–“will be earmarked for community groups that work in the neighborhoods hardest-hit by gunfire.”

None of the money okayed by the City Council will go to the police.

The Associated Press quoted Portland Mayor Ted Wheeler (D) reacted to the approved funding: “We agree that the immediate spike in gun violence is a public health threat that requires a public health response that invests in community-based organizations working to change the conditions and environments that foster violence.”