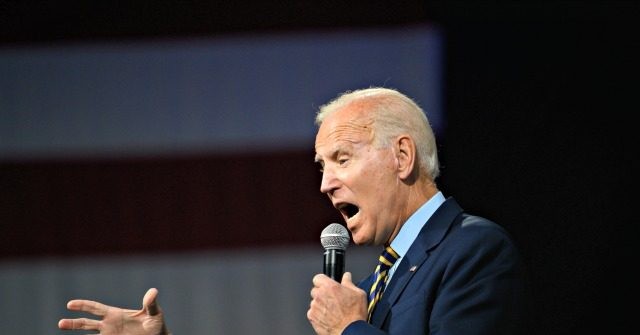 During the gun control push, Biden said, “Most people don’t know: If you walk into a store and you buy a gun, you have a background check. But you go to a gun show, you can buy whatever you want and no background check.”

Democrats have long used gun shows to justify the passage of more gun control. They often frame their appeals under the guise of fixing the so-called “gun show loophole,” intimating that criminals are using gun shows as a way to circumvent background checks and acquire guns.

However, on August 30, 2015, Breitbart News reported a University of Chicago Crime Lab study on criminals in the Cook County, Illinois, jail system. The  study focused on “inmates who were facing gun charges or whose criminal background involved gun crimes.”

The Chicago-Tribune spoke with Crime Lab co-director Harold Pollack about the study and Pollack noted that “some of the pathways [regarding guns] people are concerned about don’t seem so dominant.” He noted very few inmates indicated using gun shows or the internet. Rather, they procured their guns in undetectable ways on the street.