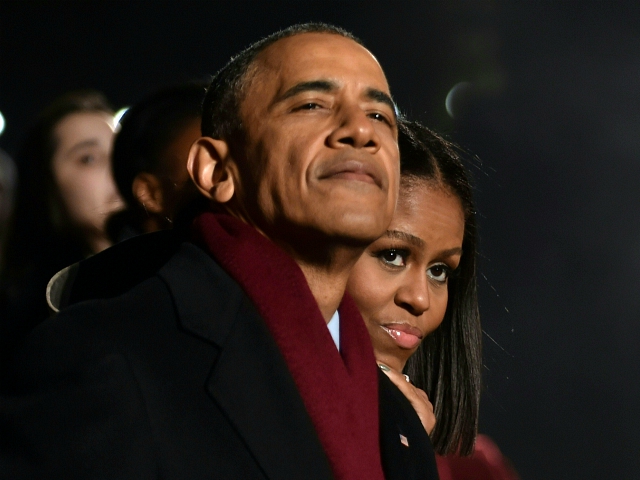 Barack and Michelle Obama have reportedly decided on their next Netflix project — an anthology series of six “black love stories” set during a power outage in New York.

The Obama’s are developing Blackout as a project involving six writers who will each pen one of the teen romances, according to multiple reports.  The series, which will also be edited into a feature movie, takes place during a heatwave when the city loses power, forcing the characters to confront love in their midsts.

“Six prolific authors have written six Black love stories all taking place during a power outage on a sweltering summer night,” Netflix said in a statement. “From the perspective of 12 teens with six shots of love, Blackout takes place as a heatwave blankets New York City in darkness and causes an electric chaos.”

The project is the latest from the Obama’s Higher Ground production company, which signed a production deal with Netflix in 2018. Temple Hill is co-producing the series, after collaborating with the Obamas’ on Kevin Hart’s Netflix movie Fatherhood.

Netflix recently released the Obama’s animated docuseries We the People, a ten-part exploration of government, citizenship, and activism aimed at young viewers.

The Obama’s are also creating a comedy series for Netflix that is loosely based on Michael Lewis’ anti-Trump book The Fifth Risk, about the Trump presidency’s early days.

Under their lucrative deal with Netflix, the Obama’s have produced the Oscar-winning documentary American Factory and the Michelle Obama documentary Becoming. Former Obama national security adviser Susan Rice sat on Netflix’s board of directors, before leaving to join the Biden administration.

Barack Obama told attendees of a Las Vegas technology conference in 2018 that he wants to use his Netflix deal to help “train the next generation of leaders.”