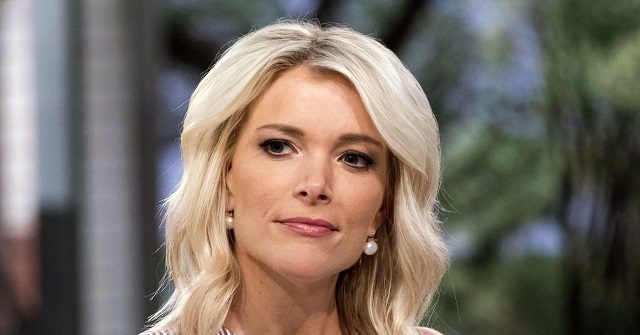 They might be saying things we like to hear these days, but this is a friendly reminder not to trust Megyn Kelly, Andrew Sullivan, and Matt Taibbi.

Want to know who I’m glad to have on our side in the war against the Woke Nazis? Glenn Greenwald. Greenwald and I don’t agree on much. Yet, over 17 years of disagreeing with him, I’ve never criticized the man. Why? Because he’s never lied to me.

People have every right to believe what they want and be wrong about everything; I have no problem with that. In fact, I welcome honest disagreement — at least until someone lies, deceives, or exposes themselves as a backstabbing mercenary only out for number one.

So let’s not get too back-slappy with Megyn Kelly, Matt Taibbi, and especially that toxic monster Andrew Sullivan. Sure, for right now, they’re saying things we like to hear and have chosen the correct side in the fight against Woke McCarthyism, but they still are who they are.

When she thought she could ride all that anti-Trump media venom to a mainstream network anchor chair, Megyn Kelly stabbed every Fox News viewer right in the back and, to her credit, got as far as a daytime hour on NBC News. But after her admittedly jealous NBC colleagues stabbed her in the back, she’s out knocking on our door again.

Well, I’m not answering. Good luck, Megs. I wish you nothing but health and happiness. But the moment you see something better, we all know you’ll kick us to the curb again, and, um…. Fool me once.

Yep, Matt Taibbi is in the trenches fighting the Woke Wars. That’s fine. The more, the merrier. But do we really believe he’s still not the same piece of shit who wrote a Rolling Stone piece openly celebrating the death of Andrew Breitbart, a husband and father?

Do we now believe Taibbi’s not the guy who co-wrote a “memoir” that gleefully and proudly depicts — as I wrote at the time — “Taibbi and his co-author as misogynist monsters [and] shockingly cruel narcissists eager to brag about their horrific exploitation of young Russian women during a year the two men spent in Moscow.”

Or is Taibbi still the fabulist whose “memoir” was published with this note — “This is a work of non-fiction. While all of the characters and events depicted in this book are real, certain names and identifying details have been changed” — and who now claims his own book is not really true?

Now we come to my favorite, to one of the worst people on the planet… Andrew Sullivan. Welcome to the Woke Wars, you sack of garbage. Still, no one will ever forget you spending years attacking former Alaska Gov. Sarah Palin (R), her family, and most especially her Down-Syndrome son, Trig, with proven lies about her not being Trig’s birth mother.

Oh, and once that conspiracy theory ran its course, it was on to Pope Benedict being a closet homosexual.

That’s not even the worst thing about this toxic liar. This man has spent more than a decade fooling people into believing Christianity is something it’s not — that it’s okay to be a practicing homosexual in the eyes of God. I don’t care that he’s gay. I don’t care anything about how anyone conducts their private life. I do care about misleading people into believing they are righteous with God when they are not. That’s a disservice to Christ and a service to the Devil. Of course, just like anyone else who refrains from sin, homosexuals who refrain from sin are on the side of the angels. That is not Sullivan’s message.

Listen, I’m not asking anyone to blacklist or cancel or in any way interrupt anyone’s ability to speak their piece and make a living at it. If Kelly, Taibbi, and Sullivan want to pick up a bayonet for our side, fine. Whatever.

What I am saying is, don’t turn your back on that bayonet.