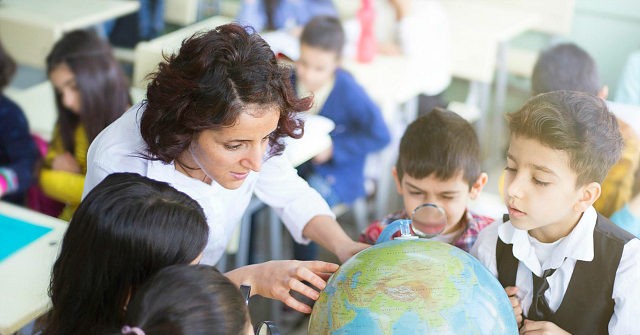 The Columbia, Missouri, school board voted Monday to accept $5,000 to create lesson plans based on the widely discredited “1619 Project.”

The Nikole Hannah-Jones work has been disputed for its theory that the founding of America was 1619, not 1776, and is inherently racist.

Nevertheless, the mid-Missouri district is taking the cash to push the theories on students.

The Columbia Board of Education consented to an agreement on Monday night with the Pulitzer Center for a grant that will pay teachers to develop a lesson plan using resources from The 1619 Project. No members of the school board commented on the approval, which was voted on as part of the board’s consent agenda.

Under the grant, teams of educators will receive $5,000 each to create lessons that explore key issues in race and other social justice issues. According to the terms of collaboration, the lessons will pull from the journalistic work The 1619 Project with goals of making deeper connections to pre-existing curriculum, developing and practicing media literacy and building empathy.

According to the Memorandum of Understanding with the Pulitzer Center, the grant “would pay for District teachers to evaluate resources from The 1619 Project as part of The 1619 Project Education Network.”

The school employees will “develop standards-aligned units that engage their students in The 1619 Project,” the grant agreement said. The work must be completed by January 14, 2022.

In September, U.S. Commission on Civil Rights member Peter Kirsanow blasted the 1619 Project and its interpretation of American history.

“We have seen what I believe to be a corruption of history, a distortion of history,” he told the National Association of Scholars, and that Jones “is using the tools of a 20th century form of oppression, to consciously, or not, present her version of, and that of many on the left’s version of slavery in the United States.”

“And it is nothing more than sheer propaganda,” Kirsanow said:

It’s very ironic that they are using those tools that we’ve seen throughout much of the 20th century employed in some of the most repressive regimes, to give this glowing account of the valiant travails of Latin America, and there were valiant travails of blacks in America, but they give it a primacy that’s not at all supported by facts.

Kyle Olson is a reporter for Breitbart News. He is also host of “The Kyle Olson Show,” syndicated on Michigan radio stations on Saturdays–download full podcast episodes. Follow him on GETTR.