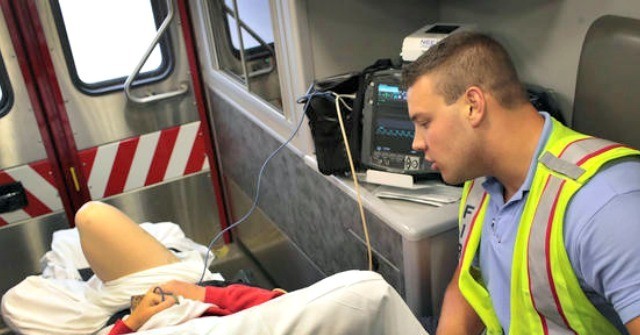 Moreover, the 93,331 lethal drug overdoses in 2020 are over five times greater than the combined 10,156 deaths and 7,729 injuries from worldwide Islamic terror attacks, honor killings, and Sharia executions recorded by the Religion of Peace website that tallies such casualties.

CDC estimated that lethal overdoses in the U.S. reached at least 93,331 last year, surpassing the 64,438 combined number of fatalities recorded by ACLED from all five countries with the most reported deaths linked to political violence in 2020.

Among those 64,438 deaths, which only amount to about 70 percent of U.S. overdose fatalities, are civilians, state forces, militiamen, and rioters, among other actors.

In its annual review of 2020 political violence events and fatalities, the organization noted:

The countries that registered the highest number of political violence events in 2020 are predominantly those experiencing conventional conflicts, like Syria, Yemen, Ukraine, and Afghanistan. That Mexico also tops the list reveals how the country’s gang violence has created a conflict environment that rivals an active war zone. All of these countries, with the exception of Ukraine, additionally registered the highest numbers of fatalities in 2020, underscoring the continued lethality of these ongoing conflicts.

In Nigeria, government forces have been fighting jihadi groups for years, including Boko Haram and the Islamic State (ISIS). Islamic Fulani herdsmen, one of the most active ethnic terrorists last year, have also been brutally killing Christian farmers in Nigeria in recent years.

ACLED identified the countries with the highest levels of civilian targeting events, from most to least, as Mexico, Brazil, Syria, Yemen, and India, adding:

Civilians continued to come under attack in a variety of contexts, from conventional conflicts in Syria and Yemen, to gang wars in Mexico and Brazil. In some spaces, civilians came under multiple concurrent threats, such as in India, where they faced persistent mob and communal violence as well as conflicts in Kashmir and the Red Corridor [region, home to communist insurgents].

Opioids, mainly synthetic fentanyl, were the primary driver of the record number of lethal overdoses last year, along with other drugs trafficked across the U.S.-Mexico border, such as methamphetamine and cocaine.

Some U.S. officials believe heroin from Afghanistan, the top opium-producing country in the world and a primary source of income for the Taliban, may also be contributing to the overdose fatalities in the U.S.

China, which borders Afghanistan, is the top producer of fentanyl globally, much of which ends up in the hands of Mexican cartels.

Cryptocurrency is taking off as a way to pay for those...