Kelly Clarkson is slashing the price of the Tennessee home she once shared with ex Brandon Blackstock — by more than a half-million dollars, The Post can exclusively report.

Clarkson, 38, purchased the seven-bedroom, nine-bathroom home in 2012 for only $2.86 million. The “American Idol” winner listed the property five years later after she landed the Los Angeles gig as a coach on “The Voice.”

The 20,121-square-foot mansion in the Nashville suburb Hendersonville has overall taken a huge tumble in value since it was first listed at a whopping $8.75 million.

A bird’s-eye view of the home and its lush surroundings.

The home features amenities including a game room.

Tennessee-chic touches are present throughout the home.

The backyard hosts a large pool and outdoor entertainment space. 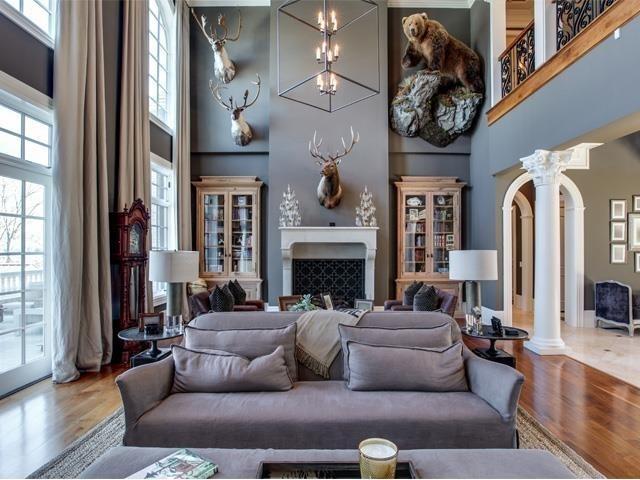 President Trump was impeached a second time by the US…

The home includes an entryway with sweeping double staircases, a home theater and a wet bar next to a pool table. The grounds include a private dock, a saltwater pool and two spas.

A stunningly lit greenhouse is included on the property.

President Trump was impeached a second time by the US…

In December, the “Since U Been Gone” singer accused Starstruck Entertainment — specifically Blackstock and his father, Narvel — of fraud and “illegal services.” Narvel had first sued Clarkson, claiming the artist owed the management company $1.4 million from her “Voice” contract and would continue to owe them as long as she appeared on the show. But Clarkson fired back, insisting the Blackstocks were not licensed to act as agents in the state of California, adding that they hid that fact from her while “demanding unconscionable fees.”

In November, Clarkson was awarded primary custody of her and Blackstock’s children.

The Empty Inauguration of Joe Biden

An Alien Haven in Southeast Texas?

Trump is a Cuck for Not Pardoning Julian Assange

A populist wish-list as we head into 2021

The Empty Inauguration of Joe Biden

An Alien Haven in Southeast Texas?

Trump is a Cuck for Not Pardoning Julian Assange