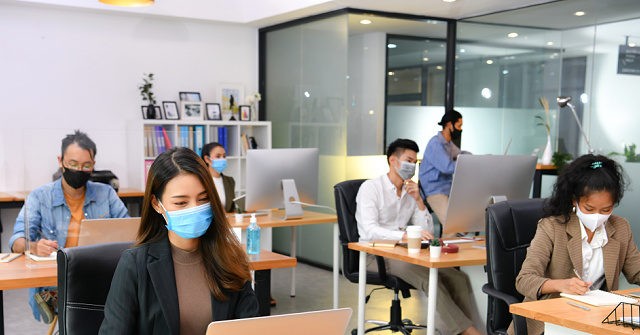 Three judges have rejected a sneak claim by business groups to double the inflow of foreign visa-worker graduates into the jobs needed by American college graduates.

“This is a terrible decision for the [visa worker] community,” lamented a June 9 tweet by Cyrus Mehta, a New York-based immigration lawyer.

“The DC Circuit just killed the hopes of not counting dependents against the green card cap,” mourned David Bier, a migration advocate at the business-funded Cato Institute.

“What that does is it lowers the supply of [foreign] workers coming in,” Kevin Lynn, founder of U.S. Tech Workers, told Breitbart News July 12. “That’s a benefit to have the American workers who are grappling with job insecurity, offshoring, and outsourcing of their jobs,” he said.

The lawsuit had asked the judges to force the government to supply free green cards to the dependent families of workers who get “Employment-Based” (EB) green cards from their employers. The lawsuit was intended to help restart the clogged sale of EB-5 green cards to wealthy Chinese investors. But if the court claim had been approved, the judges would have effectively doubled the number of EB green cards that employers could offer foreign recruits, up from roughly 140,000 each year to roughly 280,000.

In turn, the expanded number of green cards would double the inflow of foreign graduates eager to take U.S. jobs for low wages in the hope of also getting the huge prize of green cards. The cards allow the foreign workers to migrate from their poor and chaotic home countries.

The court’s decision is good news for U.S. graduates because it crimps the ability of U.S. companies to discriminate against them in favor of foreign workers for many career-starting white-collar jobs.

Many universities, plus Fortune 500 companies and their subcontractors, import and hire many mid-skill foreign graduates via the interlocking networks of government work permit programs, including the H-1B, L-1, J-1, Optional Practical Training (OPT), and Curricular Practical Training (CPT) programs. The O-1 visa is awarded to higher-skilled migrants.

This indentured “green card workforce” of at least one million visa workers allows U.S. investors to shrink Americans’ salaries. But it also allows them to corral and control innovation by replacing outspoken American professionals with mid-skill foreign graduates who can rarely switch jobs in the ten to 30 years before they get their deferred bonus of a green card.

The one million estimate includes roughly 480,000 foreign graduates who are still working for their employers long after they were put in a line for green cards.

The lines have built up for two reasons. Firstly, a 1965 law sets loose limits on the annual award of green cards to each country, partly to ensure a wide diversity of nationalities get green cards. Secondly, far more people have volunteered to take U.S. jobs than their employers can annually reward with government-issued green cards.

Business groups — such as Mark Zuckerberg’s FWD.us network of West Coast investors — are lobbying for laws that would allow them to hire an unlimited number of foreign graduates in place of Americans.

The legal pipeline they want would allow foreigners to get work permits in U.S universities and then get green cards after working in Americans’ jobs for a decade.

So far, immigration reporters at establishment news sites have ignored the growing population of visa workers, the corporate push to expand the population, and President Joe Biden’s rollback of protections for U.S. graduates, which were set by President Donald Trump.