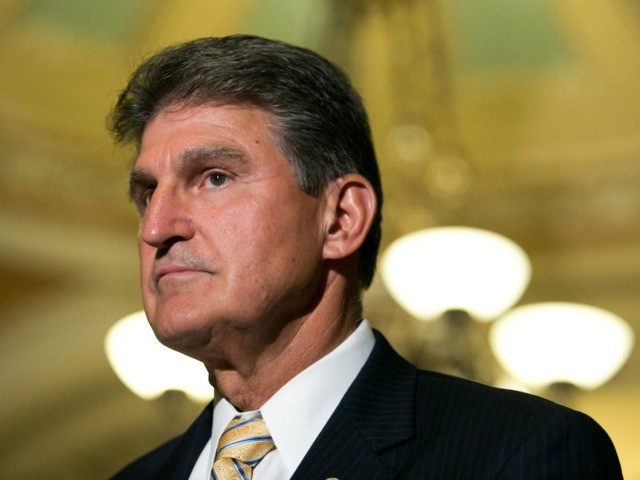 Sen. Joe Manchin (D-WV) on Tuesday tempered expectations for both versions of the “infrastructure” bill.

When speaking to reporters, Manchin gave a stark warning that both the bipartisan plan and the reconciliation package including Democrat wish list items require full funding.

“I think everything should be paid for. We’ve put enough free money out,” Manchin said to reporters.

A frequent swing voter, the West Virginia senator could cause problems for both sides during the process.

His comments come as the Senate Democrats on the Budget Committee prepare to revisit the plan on Thursday. The Democrats are reportedly trying to decide on a “top line spending number.”

Privately, some Democrats expect the party to settle on a level just short of $4 trillion, Politico reported.

While Manchin did not give an indication of where he stands on the numbers, he said, “I’ve heard so many different numbers. In all honesty, in respect to the people doing the hard work, I say when I see the final product I can make an evaluation.”

Democrats have been eager to raise taxes on corporations and the wealthy. The party hopes raising taxes would help pay for the new childcare, education, and climate change programs, which Manchin reportedly backs.

However, Manchin has indicated he wants to have a smaller tax increase than the rest of his party. In the past, he has suggested 25 percent for corporate earners and 28 percent for capital gains. Such an increase would curtail spending on ambitious agenda items, should the bills fully fund themselves.

The Hill reported that 22 senators, including Manchin, have agreed to a framework for a bipartisan infrastructure deal that would spend $1.2 trillion over eight years.

However, Republican support for the effort is tenuous.