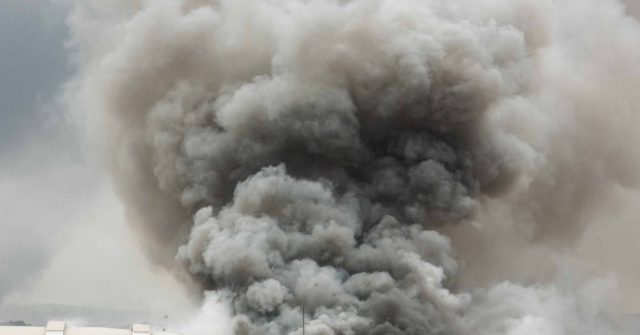 South Africans of Indian descent fear mob violence as threats escalate on social media during the ongoing violence and looting, especially in KwaZulu-Natal province, which has a large proportion of residents with roots on the Subcontinent.

The unrest began last Sunday, after former President Jacob Zuma, the country’s first Zulu president, reported to prison last Thursday to begin serving a 15-month sentence for contempt. In addition to looting in the KwaZulu-Natal cities of Durban and Pietermaritzburg, malls and stores have been ransacked in Gauteng Province, which includes Johannesburg and Soweto. Dozens have been killed; Durban, the country’s third-largest city, is suffering shortages of bread and milk.

With police overwhelmed, and 25,000 soldiers unable to quell the violence, civilians and vigilantes have began taking up arms. Many predominantly Indian communities, which live alongside predominantly Zulu areas, have begun setting up barricades and armed patrols for fear of being infiltrated and looted by mobs.

Indian news outlet WION reported: “Indians in South Africa are now coming under attack. Shops and Businesses owned by members of the Indian diaspora have been looted and burned.”

Local Independent Online news reported: “On Wednesday night the military was sent into the volatile Phoenix area, north of Durban where several people were killed. Racial tensions between the Indian and African population were simmering.”

Local Indian residents say that there is no racial motive behind the community’s vigilante actions, which are designed to protect residents regardless of race, and that “there is no war between Indians and blacks.”

But one predominantly black squatter camp — known by the local euphemism “informal settlement” — was set on fire by residents who wanted to deter looters allegedly operating there:

Pakistani businessman Mussa Ali, who operates eight businesses in Raisethorpe business centre, said the entrepreneurs would take no chances with their businesses. He said there were more than 100 of his fellow community members taking shifts patrolling and guarding the businesses.

Ali confirmed that Raisethorpe business owners took measures against the informal settlement, saying this was in response to groups who were advancing towards businesses while police were nowhere to be seen.

“The people who loot don’t care about anything. They can loot, but why do they burn the businesses? We saw malls and factories being burned down, and business people feared losing their businesses and decided to burn the informal settlement and chased those people from there,” said Ali.

Hashtags have appeared on social media, such as “#indiansmustfall” and “#phoenixmassacre” that appear to incite violence against Indians, and reprisals against business owners. Social media giants such as Twitter are being faulted for failing to intervene. Some are using the hashtags to circulate messages of unity against the government instead:

The Indian community has a long and complex history in South Africa. Many came to the country in the late nineteenth and early twentieth centuries as indentured servants. They suffered discrimination, both before and during apartheid; the young Mohandas Gandhi, who lived for several years in South Africa, became politically active in defense of Indian rights there. But Indians enjoyed more privileges than local black Africans, and were often targets of resentment, or worse. In 1949, the Indian community in Durban was targeted by African residents in a pogrom that is still remembered.

Today, relations are generally much better between the two communities. On a per capita basis, the Indian community is the wealthiest in South Africa — more affluent than white South Africans. Many African politicians have close ties with Indian families — sometimes notoriously so, as in the case of Zuma, who benefited corrupt ties with Indian benefactors.

Joel B. Pollak is Senior Editor-at-Large at Breitbart News and the host of Breitbart News Sunday on Sirius XM Patriot on Sunday evenings from 7 p.m. to 10 p.m. ET (4 p.m. to 7 p.m. PT). He is the author of the recent e-book is How Not to Be a Sh!thole Country: Lessons from South Africa. His recent book, RED NOVEMBER, tells the story of the 2020 Democratic presidential primary from a conservative perspective. He is a winner of the 2018 Robert Novak Journalism Alumni Fellowship. Follow him on Twitter at @joelpollak.