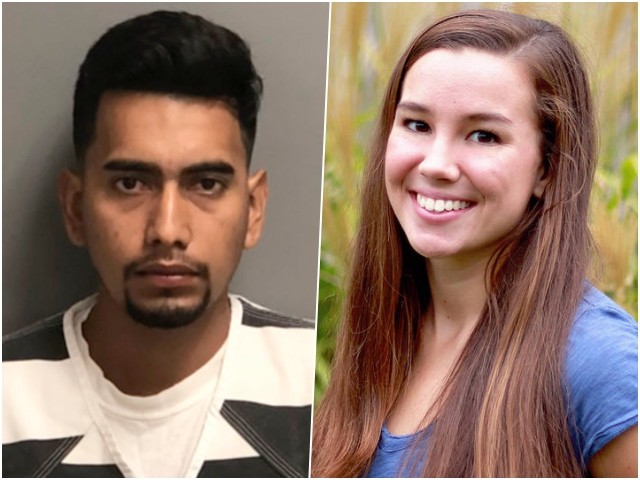 Illegal alien Cristhian Bahena Rivera’s attorneys, Chad and Jennifer Frese, filed a motion on July 9 requesting a new trial for their client after two individuals, who do not know each other, have come forward and claimed that Tibbetts’ real killer confessed to them.

The motion states that the two individuals came forward to the Iowa Division of Criminal Investigation on May 26 after Bahena Rivera took the witness stand and alleged he was kidnapped by two masked men who killed Tibbetts before he dumped her body in the cornfield and drove off, never hearing from the men again.

One of the individuals, an inmate at an Iowa prison, identified another inmate by name to the prison’s chaplain and assistant warden, claiming that he confessed to killing Tibbetts after a sex trafficker kidnapped her, according to ABC News:

“That Mexican shouldn’t be in jail for killing Mollie Tibbett, because I raped her and killed her,” the man, whose name has not been released, allegedly told one of the two witnesses, according to documents filed in the Poweshiek County, Iowa, district court. [Emphasis added]

The inmate purportedly claimed he first saw Tibbetts bound and gagged at a sex-trafficking “trap house” owned by his alleged accomplice. He claimed, according to the defense motion, his alleged accomplice grew worried after federal authorities searching for Tibbetts showed up at a house next door to his. [Emphasis added]

The inmate allegedly claimed his accomplice devised a plan for them to stab Tibbetts and “dump her body near a Hispanic male in order to make it appear that the Hispanic male committed the crime.” [Emphasis added]

Judge Joel Yates is allowing the individual to testify at Bahena Rivera’s sentencing hearing on Thursday where he is expected to receive a sentence of life in prison without the possibility of parole.

The second individual had called the Mahaska County, Iowa Sheriff’s Office after Bahena Rivera’s testimony and related a similar story, that the same man named by the first individual had confessed that he killed Tibbetts. The statements were thrown out because the individual was supposedly drunk.

The allegations do not match Bahena Rivera’s testimony on the witness stand, which he told jurors was the real story of what occurred — that armed men kidnapped him, killed Tibbetts, and effectively forced him to dump her body in a cornfield.

In statements following Bahena Rivera’s conviction, his attorneys told the media that their client’s story that he told jurors on the witness stand had not changed since they first spoke with him.

The Freses wrote to the court:

While perhaps not every bit of the account fits neatly into defendant’s account of the events, enough of the facts fit to certainly question whether the state would have been able to prove their case beyond a reasonable doubt had this information been known and presented to a jury.

On May 28, twelve jurors, including three Hispanic Americans and nine white Americans from 19 to 71-years-old, found Bahena Rivera guilty of first-degree murder following a nearly two-week trial and less than eight hours of deliberation.

In detailed testimony by the investigator to whom Bahena Rivera confessed murdering Tibbetts, the jury was relayed portions of the transcripts. Bahena Rivera said he saw Tibbetts jogging, chased her down, blacked out, then remembered driving with her body in the trunk of his car before dumping her in a cornfield.

John Binder is a reporter for Breitbart News. Email him at [email protected] Follow him on Twitter here.