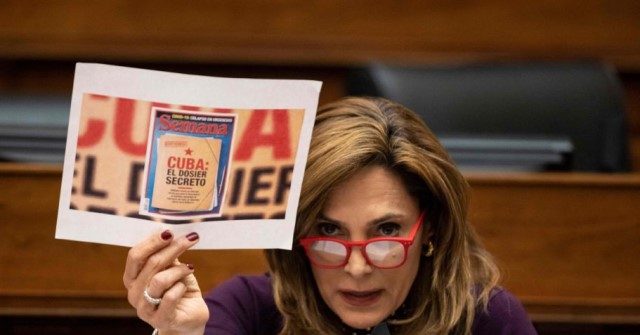 According to Salazar, whose parents fled Cuba, there is a “double standard” when it comes to the Biden administration’s handling of migrants after Homeland Security Secretary Alejandro Mayorkas told those considering fleeing Cuba for the United States that they will be denied entry.

“[T]here is a double standard,” Salazar argued. “But you know, the conversation right now needs to shift to what is happening that has not happened in 62 years. Cubans out on the street protesting. You have to remember that the Cuban regime — two things — has been the most evil revolution the Americas have ever seen since the arrival of Christopher Columbus. We’re talking about people that have taken oppression to scientific he levels. We’re talking about a population that … they have crushed their souls. And you know we are a very entrepreneurial people, otherwise would not be as fantastically entrepreneurial in as we are in Miami.”

Salazar stressed the importance of Biden acting to help the people of Cuba and send a “very strong” message that he supports them.