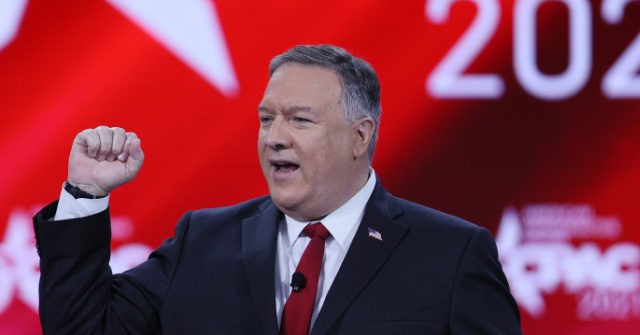 “Mike Pompeo is one of America’s most recognized and respected voices on foreign policy and national security issues. I look forward to his contributions across our range of platforms to share his distinct perspective with our millions of viewers,” Fox News’ CEO Suzanne Scott said in a statement.

Pompeo will be a commentator across all Fox News Media platforms, which includes Fox Business Network’s daytime and primetime programming.

“I intend to give viewers a candid, no-nonsense look at geopolitics, international relations, and the America First policies that helped chart the course for unprecedented American prosperity and security,” Pompeo said in the announcement.

The press release noted Pompeo’s history of serving as Director of the Central Intelligence Agency before becoming Secretary of State under former President Donald Trump in which he was “instrumental in the decision to strike top Iranian general Qasem Soleimani,” along with orchestrating the “administration’s maximum-pressure campaign against the Islamic Republic of Iran which brought the Middle East closer to peace.”