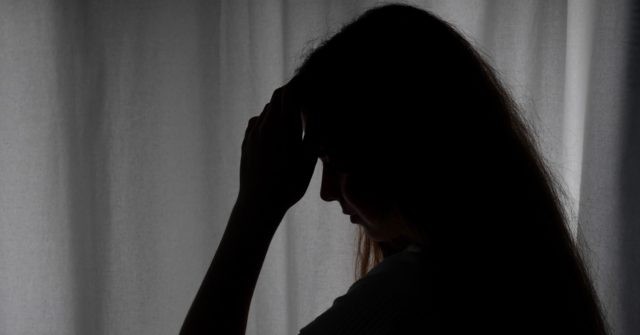 Nearly five times as many children died of suicide during the first year of the Chinese coronavirus pandemic in the UK than died of the virus itself, research from top British universities has found.

In a not-yet-peer reviewed preprint study — but nevertheless, one widely reported by the establishment media — it was found that only 25 children under the age of 18-years-old died of the coronavirus from the start of the pandemic until the end of February 2021. In total 61 children had died after testing positive for the virus, however, in 36 cases it was determined that the virus “did not contribute to their death”.

During the same time period, the studies found that there were 124 child suicides and 268 deaths from trauma, which the researchers said emphasised how the coronavirus is “rarely fatal” for children.

The study concluded, therefore: “The risk of removal of [children and young people] from their normal activities across education and social events may prove a greater risk than that of SARS-CoV-2 itself.”

When extrapolated to the “absolute risk of death” from the coronavirus, children appeared to face just one in 481,000 odds of dying from the Wuhan virus.

The risk of being admitted into intensive care for children is also incredibly low, with the researchers calculating that only 251 young people were put into intensive care during the first year of the pandemic — a one in 47,903 risk level. In all, the paper found that  99.995% of children who tested positive for coronavirus in the study period did not die.

Senior author on two of the studies, Professor Russell Viner (UCL Great Ormond Street Institute of Child Health), said: “These new studies show that the risks of severe illness or death from SARS-CoV-2 are extremely low in children and young people.

“Our new findings are important as they will inform shielding guidance for young people as well as decisions about the vaccination of teenagers and children, not just in the UK but internationally.”

Professor Lorna Fraser of the University of York said: “It’s important to remember that the risks are very low for all children and young people. Even when we found higher risks for some groups with severe medical problems, these risks were still very small compared to risks seen in adults.”

Dr Elizabeth Whittaker of Imperial College London added: “It is reassuring that these findings reflect our clinical experience in hospital – we see very few seriously unwell children. Although this data covers up to February 2021, this hasn’t changed recently with the Delta variant. We hope this data will be reassuring for children and young people and their families.”

The ramifications of the government’s lockdown policy on children and mental health, in general, have long been a concern raised by lockdown sceptics during the pandemic.

Dr John Wright of Bradford Royal Infirmary warned in November that hospitals were seeing increased numbers of children self-harming or overdosing on drugs during the lockdown.

“Children are a lost tribe in the pandemic. While they remain (for the most part) perplexingly immune to the health consequences of Covid-19, their lives and daily routines have been turned upside down,” Dr Wright wrote.

“Children in mental health crisis used to be brought to A&E about twice a week. Since the summer it’s been more like once or twice a day. Some as young as 10 have cut themselves, taken overdoses, or tried to asphyxiate themselves,” he wrote, adding: “There was even one child aged eight.”