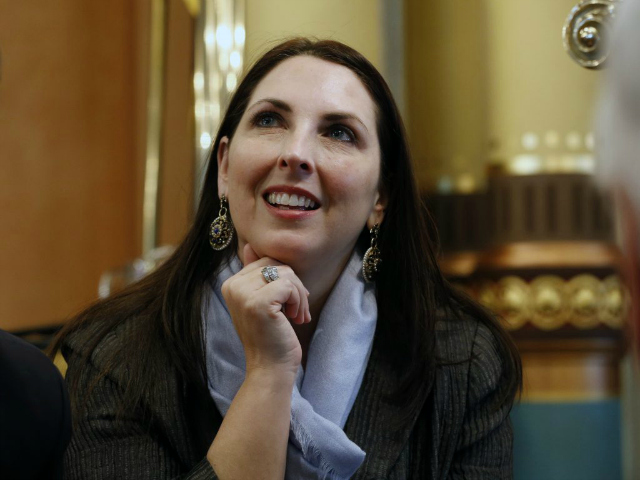 Republican National Committee chairwoman Ronna McDaniel declared Monday to Breitbart News Daily on Sirius XM that Republicans “are on the precipice of taking back the House and Senate” and have the “best ground game in history” for winning the midterms.

Breitbart News Editor-in-Chief Alex Marlow spoke to McDaniel about the contrast between the Republican and Democrat-led states handling the pandemic and crime leading up to the 2022 midterm elections. Marlow said it looks like those two topics will be a “big focal point heading into 2022 and 2024.”

It will “absolutely” be a focal point, McDaniel said.

McDaniel also said that being from Michigan, “under the rule” of Gov. Gretchen Whitmer (D), her “kids didn’t get to ever go to school five days a week in person. We have great inroads that we can make with voters who watch how Republican governors handled this versus Democrats.”

“They kept businesses open. They kept schools open,” the RNC chairwoman said. “So many things that we saw across the country with governors like [Ron] DeSantis and [Kristi] Noem and [Greg] Abbott and Democrats failed, and now we have [Joe] Biden, an administration that is actually paying people to stay out of the workforce, and this is impacting the whole country as businesses just came out of the pandemic, and now they can’t even find people to work for them, and so many businesses are gonna have to shutter their doors because of competition with the federal government, and we are seeing voters that maybe thought Biden was gonna be a moderate or work across the aisle now realizing what a radical he is, and they’re gonna come to Republicans as we fight to win back the House in 2022 and the Senate.”

Marlow asked McDaniel what she is looking for in the midterm elections, her predictions, and her strategy.

“You know what the Breitbart audience should know is the RNC is the nuts and bolts; we’re out there registering voters right now. If we don’t keep up our registration pace with the Democrats, who have all these outside groups doing it, we don’t win in 2022. It’s simple math,” she continued. “We’re focusing on redistricting right now, having people showing up to local hearings and local communities. We’re opening minority offices. We just opened one in Little Saigon in Michelle Steel’s district.”

She also said the RNC is doing a lot of work that will be “instrumental” in the midterms. She added that “if you take your foot off the gas, you don’t win, and so those are things the RNC is doing that nobody’s even paying attention to with our staff that’s already on the ground, but beyond that, we have to turn out our vote in the midterms, which is harder ’cause a lot of people turn out in a presidential year.”

“We are on the precipice of taking back the House and the Senate,” she added. McDaniel also noted the “only way we don’t is if Republicans focus on fighting each other and don’t remember what we’re up against: Biden and Pelosi and Schumer wanting to stack the Supreme Court, get rid of the filibuster, keep our voters open, take away our Second Amendment rights, and destroy our country.”

McDaniel said this is the type of stuff she thinks about every day going to the midterms. She believes “the RNC is continuing to build the best ground game in history, and we’re the only ones out there doing that aspect of election turnout.”