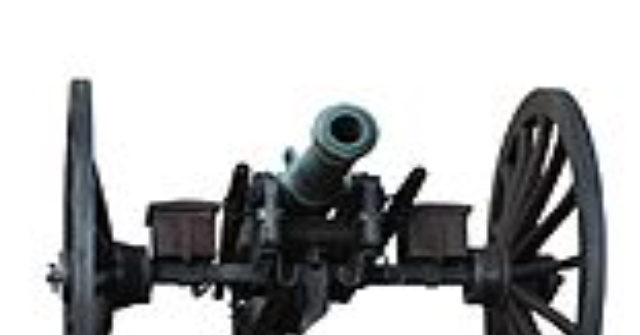 The spark that ignited the Revolutionary War in 1775 had a long fuse that British General Thomas Gage unintentionally lit when he first seized colonial gunpowder and artillery in 1774.

In the predawn darkness of September 1, 1774, some 260 handpicked men disembarked from longboats on the rocky beach of Ten Hills Farm. The Redcoats marched in column to their objective: the powder magazine, formerly a windmill, on Quarry Hill in Middlesex County, present-day Somerville, Massachusetts. When the red column reached the stone-siloed structure, the county sheriff, David Phips, handed Lieutenant Colonel George Maddison the keys to the black wrought-iron gate of the magazine. Quickly, the soldiers seized the 250 fifty-pound half barrels of powder and gingerly transported them out of the structure and back to the boats. As the bulk of the party removed the powder, Maddison split part of his force to seize two of the province’s field pieces. It was over within a few hours; under General Thomas Gage’s orders, Maddison had executed the perfect raid. He and his men returned to their British bastion in Boston, Castle William, and unloaded the powder. Although it was technically within his authority to remove the king’s powder, Gage’s actions triggered significant unintended consequences.

The action, labeled a Powder Alarm, sparked riots and protests and put the colonists on notice of the Crown’s sinister intentions toward them. The full story of the Somerville Powder Alarm is now told in the new bestselling book, The Indispensables: Marblehead’s Diverse Soldier-Mariners Who Shaped the Country, Formed the Navy, and Rowed Washington Across the Delaware. The book is a Band of Brothers-style treatment of the regiment from Marblehead, Massachusetts, a largely unknown group of Americans who changed the course of history.

Gage and British military planners recognized how crucial gunpowder was to the rebels and aimed to seize it to disarm them. In 1774, Great Britain had the mightiest navy and world’s strongest empire. Without powder and weapons, any revolution that turned into an armed conflict could be crushed by the empire’s superb army—just as it had defeated all insurrections and insurgencies in its long history. A little more than a month after the raid, the Crown advised its colonial governors to seize any gunpowder they could and banned the importation of powder and weapons. As a result, the colonists would scour the earth for powder, and especially saltpeter, to replenish their stores. The Indispensable men of Marblehead and their contacts in the Caribbean and Spain would prove essential to this effort of obtaining and smuggling powder back to North America in the coming months.

Hours after the Somerville raid, the provincials discovered their priceless powder missing. Church bells rang out, and fire beacons last used during the French and Indian War burned brightly. The countryside was alarmed for war. By morning, over four thousand colonists descended on Cambridge, including Marbleheaders, many armed, demanding retribution. The alert had carried with it a rumor that spread like wildfire: six Americans had been killed. Colonists believed another massacre like the one in Boston in 1770 had occurred.

Disdain for the latest acts of Parliament, seizure of the powder, and reported deaths of Americans combined to enrage the mob. Americans demanded change and sought the resignation of several colonial officials, including the sheriff who handed over the keys to the powder magazine and William Brattle, who informed Gage that the storehouse contained Massachusetts’s gunpowder.

Fearing violence, Doctor Joseph Warren emerged from the shadows of the resistance and made his way to Cambridge along with other members of the Boston Committee of Correspondence. Dashing, handsome, and a brilliant orator with a magnetic personality, Warren mounted the courthouse steps and addressed the crowd, appealing for calm. He got it. No blood had been shed, Warren assured the crowd. The committee of correspondence made clear they “abhorred and detested all petty mobs, riots, breaking windows and destroying private property.” The crowd listened quietly to Warren and the proclamation of the committee. Cooler heads prevailed as the afternoon wore on. In true eighteenth-century fashion, the gentlemen of the group offered refreshments to the others, which they gratefully accepted as they departed, satisfied with the outcome. By 5:00 p.m., a thunderstorm swept the area and drove the crowd away. Bloodshed had been averted for the moment.

Although aghast at the crowds, Gage wisely did not dispatch troops to Cambridge. However, in the wake of the enormous protest, Gage began efforts to call in reinforcements from New York and Quebec and urged his superiors in London to send a staggering twenty thousand additional troops. Revealing his readiness to jettison any lingering qualms about the colonists’ rights, Gage wrote, “Nothing that is said at present can palliate; conciliating, moderation, reasoning, is over; nothing can be done but by forcible means.”

The powder alarm set in motion an arms race between both sides; the political revolution veered toward military action as the colonists began to take up arms to defend themselves. Gage realized surgical strikes to remove powder and ordnance might ignite the flame of war, but they also might be the best way to squelch that flame. The colonists realized that the Crown indeed intended to kill them if necessary to subjugate them, and the first step was taking away their ability to defend themselves.  Some question why Americans cling so tightly to their guns. Perhaps because if they hadn’t, there wouldn’t be a United States at all.

Patrick K. O’Donnell is a bestselling, critically acclaimed military historian and an expert on elite units. He is the author of twelve books, including The Indispensables, which is featured nationally at Barnes & Noble, Washington’s Immortals, and The Unknowns. O’Donnell served as a combat historian in a Marine rifle platoon during the Battle of Fallujah and often speaks on espionage, special operations, and counterinsurgency. He has provided historical consulting for DreamWorks’ award-winning miniseries Band of Brothers and documentaries produced by the BBC, the History Channel, and Discovery. PatrickODonnell.com @combathistorian