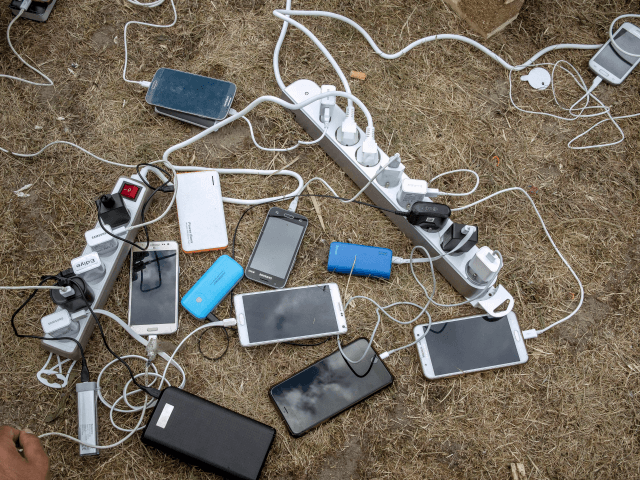 A law enforcement source within U.S. Customs and Border Protection says ICE Office of Enforcement and Removal Operations (ERO) officers are ramping up their release or “Alternatives to Detention” capabilities. Cell phones with tracking apps will eventually replace ankle monitoring bracelets, according to the source.

The source, speaking on the condition of anonymity, says the phones will allow for GPS tracking and check-ins using facial recognition. The available supply of ankle bracelets will be issued until depleted–at which time the phones will circulate.

The source notes the ankle monitoring efforts have proven expensive and, in many cases, the devices are discarded. The bracelets cost between $400 and $800, depending on the model. In many cases, ERO officers are tasked with tracking and recovering the discarded devices from dumpsters. The cost of a cell phone unit is currently unknown.

The 2022 Homeland Security funding bill advanced by the House Appropriations Committee on Tuesday allocates $475 million to enhance ICE’s Alternatives to Detention Program. This amount is $34.5 million above the agency’s request–a sign the “catch and release” stance of the current administration will continue.

Further complicating the situation along the southwest border is the anticipated end to the existing CDC Title 42 COVID-19 emergency order. As reported by Breitbart Texas, a target date of July 18 has been set for the expiration. The move is expected to result in an immediate surge of migrants across the southwest border.

According to a spokesperson from ICE, there are several technologies used to monitor released migrants. Those methods include ankle bracelets, phone applications, and telephonic reporting. In 2021, $440 million was allocated to conduct the Alternatives to Detention program, a steep increase from the $149 million in 2020.