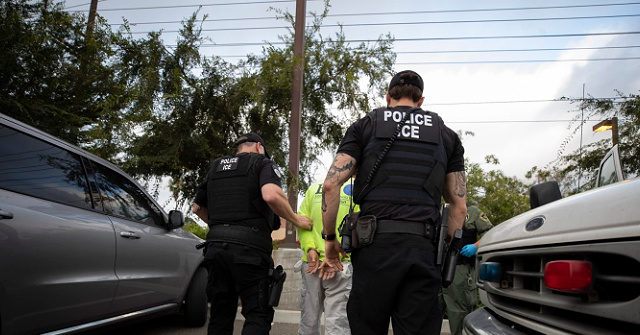 DEL RIO, Texas — According to a law enforcement source within ICE, a request to issue an immigration detainer sent to the ICE Command Center in Washington, D.C., for a migrant charged with aggravated assault and a violation of a domestic violence protection order was denied. The individual entered the United States illegally from Mexico.

According to the source, the migrant was arrested in Del Rio by local police this week and a bond was placed by a Justice of the Peace. The migrant has been domiciled in the area for some time. Details of the incident leading to the arrest are unknown.

Normal protocol for ICE would be to issue a detainer on the migrant with the county jail so that removal proceedings could commence upon the resolution of the domestic criminal case. The detainer requires local authorities to notify ICE in the event of a release.

The detainers, once routinely issued by ICE officers on the ground, now require approval from Washington, according to an enforcement priorities memorandum issued by Acting ICE Director Tae Johnson. The policy, instituted in February, requires limits on immigration enforcement actions at the field level to “at entry” migrants and those migrants suspected of involvement in terrorist activity or previously convicted of an aggravated felony. In most other cases, approval from ICE headquarters must be sought before any enforcement actions can take place at the field level.

As reported previously by Breitbart Texas, migrants convicted of criminal offenses are routinely released in lieu of removal due to the restrictive nature of the policy.