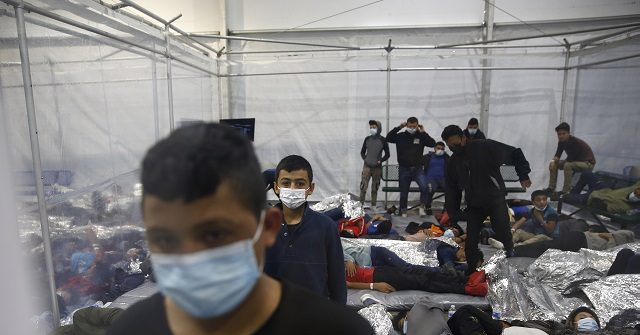 A law enforcement source within Customs and Border Protection advised that a target date to end the expulsion of migrants to Mexico under Title 42 is set for July 18. In addition, plans have been put in motion to deploy more than 200 ICE Enforcement and Removal Operations Officers to multiple South Texas detention facilities to cope with the expected increase in asylum applications.

The holdover Trump CDC order permits the immediate expulsion of migrants who enter the United States illegally to Mexico and prohibits any application for asylum due to the pandemic. Although still in effect, the applicability of the order on certain migrants has been reduced under the Biden Administration.

Currently, only single adult migrants and some family units with children above tender age are expelled to Mexico under Title 42 if they originate from Mexico or the Central American Northern Triangle.

As of May 2021, nearly 650,000 migrants were expelled this fiscal year under the CDC order. Nearly half of those entered through the Del Rio, Laredo, and the Rio Grande Valley Sectors of Texas. The ICE ERO deployment of personnel to detention facilities will assist in speedy processing of the expected surge in asylum applicants, according to the source.

Migrant shelters across South Texas are operating at full capacity due to the current surge and are likely to quickly become overwhelmed if Title 42 is ended. This is not the first time, according to the source, that DHS announced a projected end to the program through internal communications.

According to the source, a similar plan was circulated to CBP managers in February. That date was ultimately pushed back. The administration is facing pressure to also end the non-essential travel ban on non-immigrant visitors and tourists—which would certainly expire if the emergency CDC order is lifted.

In a June 24 letter to the CDC Director and the Secretary of the Department of Homeland Security, U.S. Representatives Brian Banin (R-TX) and Yvette Herrell (R-NM) condemned the move to cancel the CDC order:

As the situation at the border continues to worsen, Title 42 has been the only thing preventing your border crisis from turning into a complete and uncontrollable catastrophe. If Title 42 is lifted, a surge of illegal immigration will hit our border, dwarfing what is happening today.

The CDC emergency order is the last significant authority exercised by the Trump administration still in effect.