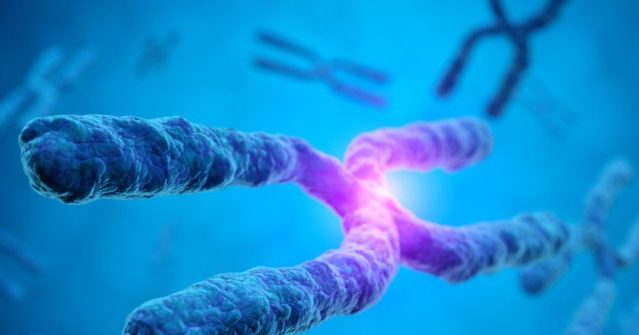 The Endocrine Society, an international organization of over 18,000 endocrine clinical specialists and researchers, has released a scientific statement that asserts there are only two sexes — male and female — and that biological sex is measurable and is to be differentiated from gender identity.

The society explained in a press release that “biological sex is often confused with gender in our society,” and asserted:

The two sexes are differentiated as females, who have ovaries and produce eggs, and males, who have testes and produce sperm. In mammals, females typically have XX chromosomes and males typically have XY chromosomes. All sex differences in the zygote, or fertilized egg, stem from harboring two different sex chromosomes. Both sexes have all classes of reproductive hormones such as estrogen, progesterone, and testosterone, albeit at different levels. Differences in sexual development may result in a person’s biological sex not aligning with these traditional definitions.

“Sex is a biological concept,” the Endocrine Society said in the statement itself, published at Endocrine Reviews, and added:

Gender [sic] is often misused as a synonym for sex—for example, when filling out forms for various activities, we are routinely asked to check a box labeled “gender,” but the only available options are boxes labeled “M” and “F.” But sex is not the same thing as gender and using these terms as equivalents obfuscates differences that are real and important in society in general and biomedical research in particular.

Idaho-based endocrinologist Dr. Will Malone, clinical adviser to the Society for Evidence Based Gender Medicine (SEGM), tweeted about the new statement:

The society said in its press release regarding its new scientific statement on sex, that biological differences between males and females “affect virtually every aspect of medicine and biomedical research,” and must be “studied thoroughly to improve public health.”

“When we understand the ways sex differences operate at baseline in health, which can either worsen the course of a disease to amplify differences in health outcomes, or protect against it, we can more effectively prevent and treat medical conditions,” said Aditi Bhargava, Ph.D., of the University of California, San Francisco, and chair of the writing group that authored the Society’s Scientific Statement.

In March, the National Institutes of Health (NIH) released a statement and accompanying video (above) that underscored that, as an agency of the U.S. Department of Health and Human Services (HHS), it “expects that sex as a biological variable will be factored into research designs, analyses, and reporting in animal and human studies.”

NIH said it expects studies to be designed to include biological sex as a factor, and for sex-based data to be collected, analyzed, and reported and published.