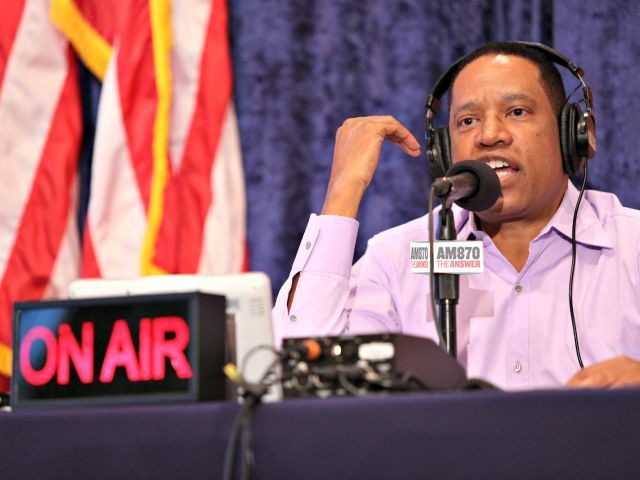 In a two-minute-clip posted on Tuesday, Hikind began by heaping praise on Elder.

I'm so proud to support the candidacy of @larryelder for governor of California to replace the failed administration of Gavin Newsom.

Knowing Larry personally, I can tell you that beyond being a thought leader and popular personality he's truly a mensch!https://t.co/qsOQGmQQTY pic.twitter.com/D8B2oBoyBq

“How amazingly wonderful it is for the people of California to have the opportunity to support Larry Elder for governor,” he said, adding:

Larry Elder is the ultimate ‘mensch,’ the ultimate decent human being. He is so special, everything about him. He is a class act. He is someone who deeply understands and deeply cares about the issues that concern everyone who lives in California. Whether you are a Democrat, Republican, Independent or anything else, Larry Elder is just an exceptional, exceptional individual.

Describing Elder as an “amazing friend” to the Jewish community, the people of Israel, and “every single person” in the United States, Hikind claimed that Elder “cares deeply” about the country.

“Boy do I wish I lived in California, if for no other reason than to be able to support Larry Elder,” he said. “This is one of the most decent, one of the finest, people you will ever come across.”

“You’ve put yourself out there and I know why: it’s because you care so deeply,” Hikind said, adding that he had so much respect for Elder’s recognition of the situation in California and his desire to “make a difference.”

“I have such great respect for you for doing that, putting yourself in the front lines,” he said.

Elder, a nationwide figure in the conservative movement, nicknamed “The Sage of South Central,” is set to join a growing field of Republicans who see Newsom’s recent governing struggles as indicative of the state’s need for new leadership.

Efforts to recall Newsom gained momentum this past winter, during severe coronavirus lockdowns and after the governor was seen dining at a restaurant with lobbyists, in violation of his own guidelines aimed at managing the pandemic.

Elder’s announcement came as a judge rejected Newsom’s effort to correct an oversight and list himself as a Democrat on the recall ballot.