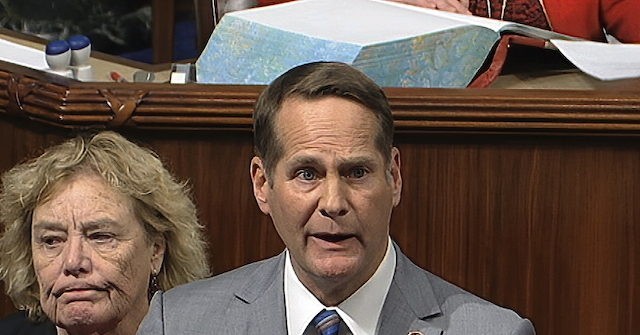 Rouda’s comments were made at a town hall hosted by the Laguna Beach Democratic Club, Fox News reported.

During his remarks, Rouda said, “Trump being at the top of the ticket” in 2020 was one of the reasons he lost his House seat, according to an “audit” he did.

He went on to say that “The fact that six million more ‘morons’ voted for this man, is mind-boggling to me,” but he noted, “Thank goodness about 11 more million Americans voted for [President] Joe Biden.”

Rouda also blamed Democrat “low-propensity, uninformed voters who came out and voted for Trump and the down the ticket.” He said that “impacted” him.

He continued, “When you look at this district, it was 89 percent turnout. So 89 percent of the registered voters voted.”

The former congressman said that having 89 percent voting is “good,” but the Democrats need to do “better” in order to make sure the voters are “informed.”

According to Fox, Rouda also said they have “a tough road ahead” to win back the seat since “she is the incumbent, but we have done this before.”

“We know how to turn this seat from red to blue, and we will do it again,” Rouda added. “It’s going to take all of us being fully engaged.”

Last week, reports came out that Rouda missed the deadline to disclose stock trades his wife made selling off shares of Amazon and Tesla.

A Rouda spokesperson claimed that the former congressman did not learn about the trades until after leaving office. The trades were valued at less than $45,000 total, according to his “23-page financial disclosure report he filed in May.”

Additionally, a leaked internal email from the Democrat Congressional Campaign Committee (DCCC) reportedly showed that Rouda himself had requested the Democrats’ campaign arm to use “QAnon Congresswoman” as the nickname for Steel in their emails.

According to the National Journal, the nickname was used in the final draft sent to reporters.