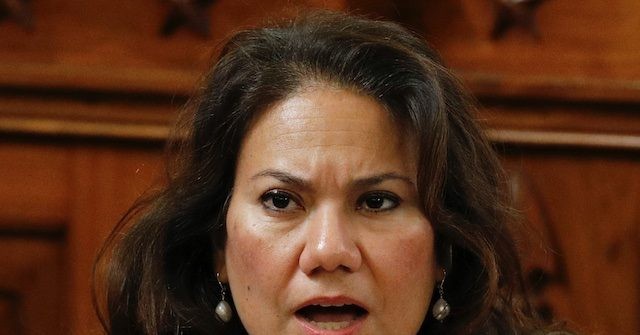 Beginning at the 21:02 timestamp, host Ryan Grim said, “During the Trump administration, there were a lot of calls from Democrats and from activists saying this is not just a failure, but this is something that needs to be prosecuted. There’s so much cruelty and negligence going on. So kind of two parts, one, is there still talk about potentially prosecuting people in the past for what was done? And how long would you give the Biden administration or the DHS leadership or the CBP leadership to improve this situation before similar calls were made this time around?”

Escobar said, “So to the accountability and prosecution question, I think Stephen Miller should be behind bars. I think he committed heinous human rights violations, and I think that those around him who helped plot this out should be held accountable as well. That is going to be very difficult, but it kills me that these people could potentially walk away — and even potentially rebuild their reputations. I mean, I find them to be just among the most reprehensible, abhorrent people that our generation could have ever produced.”