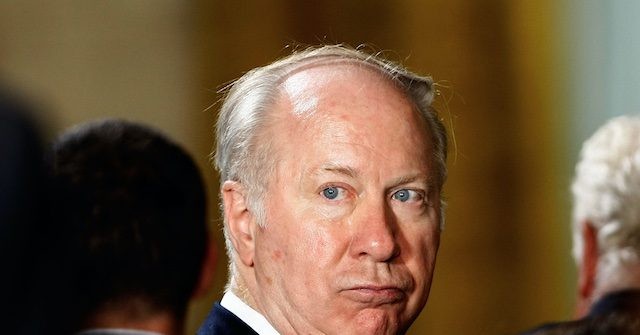 Discussing two new books about Trump’s last days in office, anchor Wolf Blitzer said, “David Gergen, you had a unique experience and experiencing witnessing the end of Nixon administration up close. You were even written about in Woodward and Bernstein’s book ‘The Final Days.’ So what similarities — do you see similarities in what you saw then and now these new accounts.”

Gergen said, “There certainly seem to be some similarities and parallels, Wolf. In the last few days, I keep thinking about the final days of the Nixon  administration and these parallels.”

He continued, “The fact was that what we worried about with Trump was that he was crazy, and he’s still crazy, and he was unhinged, and you know he could bring the whole system down. And he has all these authoritarian tendencies. Richard Nixon, by contrast, actually respected the Constitution. When the Supreme Court came down with its decision, he had to turn over the tapes – the tapes of his conversations that he knew would sink him – he said, ‘turn over the tapes,’ and then he was booted out of office. So I think you have to put Trump in a different camp, in a more dangerous camp than Nixon.”