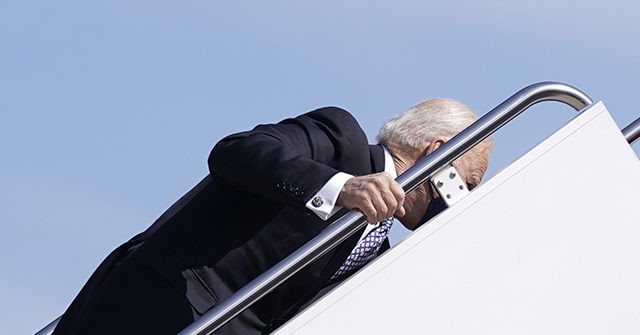 Simply put, nothing that went wrong was Obama’s fault; he was in power, but not responsible for anything. The media were so enamored of Obama that they allowed him to pretend he was a spectator to his own presidency.

Today, President Joe Biden really is a spectator to his own presidency, despite laughable claims that he makes every decision.

Regardless, after more than 80 days in office, Biden has made clear what his administration is about. He is no healer; he doesn’t care about unity; he has broken every promise to bring Americans together.

Biden is satisfied with the fulfillment of a lifelong ambition to be president, with all the rewards it provides him — and the protection it provides his corrupt family. America is being run by the Biden staff, who are exploiting a moment of crisis to carry out their utopian left-wing visions.

Much of what they do is disturbing; much of it is unconstitutional. But almost none of it will work.

Like Obama, who was impervious to the lessons of history, and the failure of socialism everywhere it has been tried, Biden is concentrating power in the federal government for the sake of doing so. He is not thinking about what will produce the best outcomes. Rather, he is thinking about the opportunity to be the next Franklin Delano Roosevelt, which means doing big things because he can.

So here is my own theorem for the Biden administration — really, a hypothesis about the next four years (including any part of Biden’s term that would be run by Kamala Harris when she takes over for the ailing president).

Almost nothing that Biden does will work, because socialism at home and appeasement abroad have never worked. Those things that work under Biden will be the things that were already working, thanks to President Donald Trump, or things people would have done anyway.

Take the coronavirus vaccine program. By any measure, it is a stunning success. Not only did the U.S. develop vaccines in record time, but some 20% of the population is already vaccinated, far ahead of Europe and most of the rest of the world.

Biden likes to pretend he “turned around” a failing distribution program, but the fact is that Trump’s program was already vaccinating nearly a million people per day when he left office; the graph of vaccinations since December is a straight line.

Biden’s gun control effort, however, is already a dead letter. On Thursday, the president emphasized the importance of expanded background checks in preventing gun violence. Meanwhile, his son, Hunter Biden, continued promoting a memoir in which he admits to extensive drug use — a habit he allegedly lied about on forms during a background check when he purchased his own firearm in 2018. If Hunter Biden is not prosecuted — and he won’t be — the new rules mean nothing.

On the border, Biden may be forced to return to Trump’s supposedly “inhumane” policies, such as building the wall, because his own policies have encouraged a massive surge of migrants to the border, including record-breaking numbers of children. That has created a political crisis for the new administration, and Department of Homeland Security Secretary Alejandro Mayorkas reportedly told staff that construction of the hated “wall” might have to be resumed to fill troublesome “gaps.”

Other things continue to work despite Biden’s best efforts to stop them from working. The economy is roaring back, even though Biden tried to frighten Americans with talk of a “dark winter” and tried to discourage Republican-run states from reopening their economies.

Thanks to Texas, Florida, and other conservative-led states, Americans are returning to work — and infection numbers in those states continue to drop, while some restrictive “blue” states are suffering virus surges.

The Middle East peace process also marches forward, with Sudan announcing this week that it is ending its boycott of Israel. It did so even though the Biden administration has done everything it can to punish the Arab countries that made peace with Israel under Trump, and making every effort to appease Iran.

Biden is also trying to send hundreds of millions of dollars to the Palestinians, in violation of U.S. law. Never mind: the Arab states are making peace because it is in their interest to do so.

Meanwhile, Biden’s infrastructure plan will fail — for the same reason that his stimulus failed more than a decade ago, when then-Vice President Biden funded lemons like Solyndra and Fisker. The country is too big, and the economy too complex, for the federal government to redesign national infrastructure on a trillion-dollar scale.

The Biden Theorem predicts that Biden will fail. The only question is how much damage he and his party will do to our country on the way.

Ask Atlanta about that.

Joel B. Pollak is Senior Editor-at-Large at Breitbart News and the host of Breitbart News Sunday on Sirius XM Patriot on Sunday evenings from 7 p.m. to 10 p.m. ET (4 p.m. to 7 p.m. PT). He is the author of the recent e-book, Neither Free nor Fair: The 2020 U.S. Presidential Election. His recent book, RED NOVEMBER, tells the story of the 2020 Democratic presidential primary from a conservative perspective. He is a winner of the 2018 Robert Novak Journalism Alumni Fellowship. Follow him on Twitter at @joelpollak.