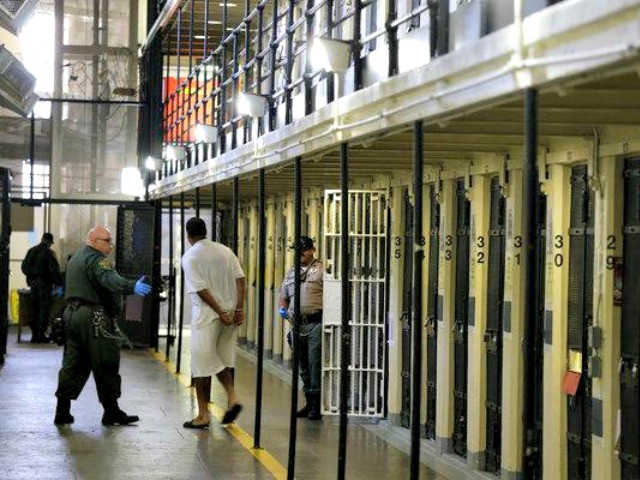 U.S. federal prison officials are allowing some incarcerated inmates linked to jihadi groups such as al-Qaeda and the Islamic State to lead religious services, a watchdog government agency revealed recently.

“We found that some institutions permitted inmates with a known nexus to international or domestic terrorism to lead religious services,” the Office of Inspector General (OIG) at the Department of Justice (DOJ) noted in an audit issued this month.

Due to a lack of an acceptable certifying body for prison imams, DOJ’s IG Michael Horowitz found that improperly vetted Islamic workers posed a security risk.

The Bureau of Prisons (BOP) that manages the federal inmate population is a DOJ component.

Prison administrators even ascribed religious titles to the Islamic terrorist, such as amir, which translates to ruler or commander of the faithful, the OIG revealed.

BOP’s practice of allowing terrorists to lead worship services and ascribing them official religious titles “presents a risk that inmate religious leaders could misuse services to encourage violent behavior, [and] radicalize other inmates,” the IG warned.

The findings stem from an audit of “BOP’s “management and oversight of its Chaplaincy Services Program to support faith-based activities and its effectiveness in preventing security risks and misuse of program resources,” the report added.

OIG officials found that “terrorist inmates,” including one with al-Qaeda connections, regularly lead religious services in four of the 12 federal prisons they visited.

“The facility’s chaplain explained that the inmate was selected to lead services by the other inmate faith group members due to his extensive faith knowledge and Arabic fluency,” the auditors wrote.

That same “faith knowledge” motivated al-Qaeda jihadis to carry out the 9/11 attack and kill and wound thousands of civilians in the name of Allah, the Investigative Project on Terrorism (IPT) noted Monday.

BOP officials blamed their decision to allow inmates to conduct services on a shortage of chaplains.

Nevertheless, the IG found one case in which the prison administrators removed an individual hired to conduct services after the inmates disapproved of his ideology and decided to pick a leader amongst themselves.

The prison officials cited the employee’s safety for getting rid of him.

This practice, granting religious titles to inmate religious leaders, has surfaced before. In 2012, convicted terrorist John Walker Lindh, known as the “American Taliban,” and several other Muslim inmates in Terre Haute’s maximum security facility were allowed to serve as prayer leaders. A federal judge even ruled that, while the warden had a genuine concern about the influence terrorist-convicts could exert, the BOP had no policy prohibiting inmates from choosing their own religious leaders.

Some Islamists are known to preach in favor of jihad and martyrdom, particularly during the Muslim holy month of Ramadan when extremists claim Allah provides double the rewards for dying for Islam.

Echoing the FBI and CIA, the IG warned in 2004 that allowing terrorist inmates to preach inside prisons could lead to the radicalization of other prisoners. The 2004 audit warned that al-Qaeda would specifically seek out to radicalize and recruit U.S. prisoners.

“Inmates can be radicalized in many ways,” the 2004 report declared, “including through the delivery of anti-U.S. sermons, exposure to other radical inmates, or the distribution of extremist literature.”

More than a decade later, the radicalization tools remain at the disposal of terrorists housed at U.S. federal prisons despite BOP’s promises to make changes.

BOP policy requires that chaplains review all religious material and weed out extremist literature before it reaches the prison library.

However, the Chaplaincy Service Bureau (CSB) told auditors, “The BOP has never formally rejected any religious materials from inclusion in its chapel libraries.”

“Doing so, added CSB, “might be considered a violation of the constitutionally protected rights of inmates.”