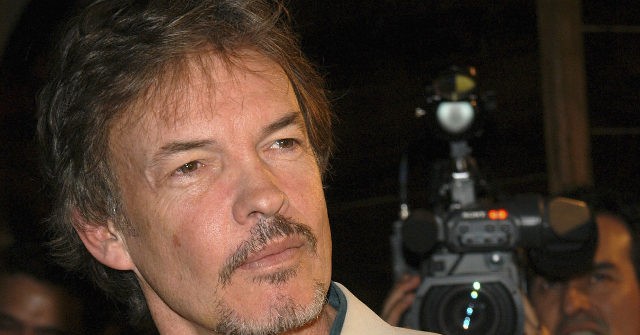 Veteran actor Gary Graham slammed racial identity politics in a Facebook post this week, touting a new “club” he called the “National Association for the Advancement of People Who Don’t Give a Shit What Color Anybody’s Skin Is.”

“GARY GRAHAM is a proud member of the NAAPWDGSWCASI ! (The National Association for the Advancement of People Who Don’t Give a Shit What Color Anybody’s Skin Is). That is all,” the Star Trek: Enterprise actor wrote.

But that was not all he had to say about his new club. In the comments he responded to several fans and in doing so, fleshed out what he meant by the original post.

One fan jokingly asked if Graham, who may be best known for his role on the TV series Alien Nation, was going to be “on the board” of the new club. Graham responded that he would be “on the diving board” and would be jumping into the “pool of Political correctness.” He then added, “only on that dive you get extra points the BIGGER your splash!”

In another reply, one fan of Asian descent asked if she could be part of the club since she is not white.

“YOU can do anything you want,” Graham replied. “I prefer references to skin color used ONLY as an identification assist to visually identify someone you’re referring to… but NOT as a means to place a certain IDENTITY or ATTACHMENT to some specific GROUP. THIS MAY SOUND IRONIC…and I suppose it is… but… the way you end RACISM… is to stop talking about RACISM. Make sense?”

In still another reply, the 71-year-old Star Trek guest star noted that there is “unlimited membership” in his club and openings in the club are “as far as the mind can think.”

In a (so far) final reply to fans on the thread, Graham told his Facebook followers that joining his new club means you “have a brain” and he ended the coment with “God Bless America.”

Graham has also spent years spreading an unrepentant pro-life message — on the pages of Breitbart News, no less — separating himself from many of his Hollywood peers.

“The unborn fetus is a baby in development…and to end that life prematurely is to murder that life. I truly wish that I had had this conviction way back when…when I was only concerned about my selfish convenience of the day,” Gramham wrote in 2009. “But I didn’t want to know, I didn’t want to think about it. It was inconvenient to think about it. How ironic that the ‘Love’ Generation should spawn such a culturally accepted abomination as abortion. May God have mercy on us all.”

The Times cozied up to the CCP and other commentary

Charts suggest S&P 500 may struggle in August while gold looks...

The Times cozied up to the CCP and other commentary

Charts suggest S&P 500 may struggle in August while gold looks...