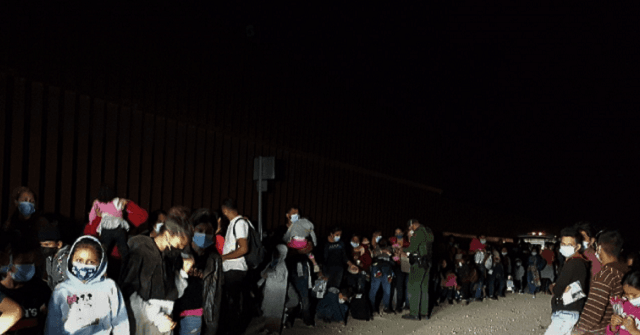 Rio Grande Sector Border Patrol agents apprehended two large migrant groups after they illegally crossed the Mexican border into Texas within a few days of each other.

Agents from the same sector patrolling the border near La Grulla, Texas, on Monday morning came across another large group who illegally crossed the border. Agents reported the 128 migrants came to the U.S. from El Salvador, Guatemala, Honduras, and Nicaragua. The group consisted of 18 unaccompanied alien children, 105 family members, and five single adults.

So far this fiscal year, which began on October 1, 2020, agents in the Rio Grande Valley Sector apprehended 70 large groups. Border Patrol classifies a large group as 100 or more migrants crossing in a single incident.

“Even with the spread of the COVID-19 virus, human smugglers continue to try these brazen attempts with zero regard for the lives they endanger nor to the health of the citizens of our great nation,” officials stated.